a Studio release
by Greg Meckes

Greg Meckes' first cd, Square One, is described at his website as rock instrumental. Fair enough, as my listens to the musical content provide glimpses of Joe Satriani, The Steve Morse Band, Jon Finn and a host of other guitarists that are playing in this style.

Now I like guitar music, and not just any nimble fingered player is able to capture my attention by mere riffage and digit dexterity. So in Greg Meckes' case, it was obvious through the first song on this cd, that he was more than qualified to be playing on an instrumental guitar oriented recording. But what was also apparent is his flare for tasteful lines, and in the pocket grooves, as well as music compositions that evolve in progressions and varied rhythmic structure, were going to make this cd much more than a debut of yet another dazzling playing on the scene.

He cites Steve Morse and his Dixie Dregs as major influences as well as Zappa, King Crimson & Buddy Rich, hmm, maybe that's were the progressive flare comes from. He also states that from the beginning his desire as a musician was to be compositionally sound, not merely a guitarist, but a musician that was able to convey his deepest thoughts, while providing a vehicle to utilize his talents on his chosen instrument. This mindset shows through in the fact that Square One delivers a variety of styles, tones, and tastes.

He is also joined on the recording by a few other strong musicians, each one getting his share of limelight through the length of this cd. Needless to say Greg's writing allows for both great ensemble play to go along with each players soloing talents. These are some very interesting songs that he is writing, hard to liken his style to any certain artist. but siffice it to say that there is a lot of depth to the structures of the songs, they are not simply cliched backdrops for a shred affair.

Now I must add here, that this is one of two cds that I am reviewing by Greg Meckes, this being the older of the two, and the second is more of a fusion affair, which I am even more impressed with, I urge you to read that review as well, and look Gregs music up at the Guitar Nine website for some audio samples. 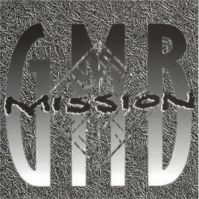