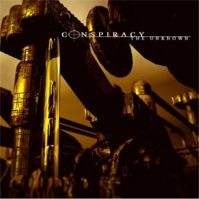 With such known musicians taking a new project in so realistic way, Conspiracy could only be a contender to take the progheads attention. In its line-up: Chris Squire, the vanguard’s, experienced and extremely talented bassist from Yes and guitar player Billy Sherwood (World Trade), also involved in Yes history for a small period, that nevertheless provided him with an intense enthrallment in this band’s exclusive musicality. They are accompanied by drummer Jay Schellen that proves to be the right man for this task.
With this taken in mind, the second Conspiracy album - The Unknown - often derivates its sound tendencies to a level immensely close to that of Yes. Especially to that of most accessible and somehow more direct phase of the aforementioned monsters of Prog.
This said, The Unknown is an album where both Squire and Sherwwod explore their qualities as musicians better than as music writers. This does not mean that this album is a minor step in their careers. I only mean that they have chosen ear-friendly and easy listening weapons over extra complexity or odd architecture to pass their message.
The album is very strong lyrically, somehow more objective and harsh than the usual Yes lyrics. But the music stands in the same clinical path as albums like The Ladder, Talk or Keys to Ascension.
I am sure that amongst Conspiracy’s objectives were those of having fun, making music that is progressive but maintains a cheerful and joyful attitude, providing a soundtrack of mood lifting to the listener. This, undoubtedly, leaves out some of the other ingredients that the most demanding progger aims in his diet. Those being the tempo changes, hard complexity and bizarre time signatures.
So expect good mood music, made by two of the great musicians out there in prog’s world of adventures. But keep in mind that, for architecture bliss, you can do better with many other works (including some that feature Squire and/or Sherwood).
I must also refer that this album is, nevertheless, a must have for Yes fans, especially those that like the whole band’s discography.. 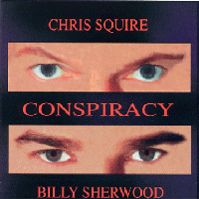 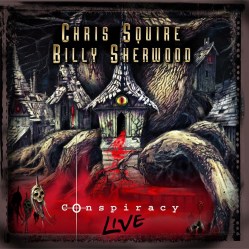