a Studio release
by Stephan Thelen 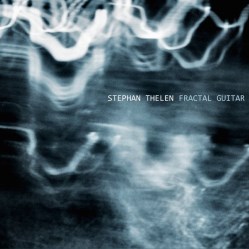 After a few years of playing without effects apart from reverb in Sonar,
I felt the urge to compose and record some pieces in which effects were an integral part of the music. I especially wanted to use an effect I worked with before Sonar, which I call “Fractal Guitar” — a rhythmic delay with a very high feedback level that creates cascading delay patterns in odd time signatures such as 3/8, 5/8 or 7/8.

The other desire I had was to work with and to have some serious fun with a few of the many great guitarists I've met over the years to create an album that features some of the more forward-looking possibilities of the most mysterious, compelling and eclectic of all instruments, the electric guitar.