a Studio release
by PRoPoRTIoNS 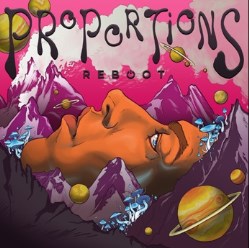 Reboot is a fusion album.  Throughout the album and often-times within individual songs I hear music that contains suggestions of Mike Oldfield, The Mahavishnu Orchestra, Ian Anderderson (circa The Secret Languate of Birds), Gentle Giant and Taylor's Universe. To be sure, there is a lot of prog in this release but at most it is 40-60 mix blend. To me - the most consistant kinship in this music is to the sound of of Return to Forever.

While PRoPoRTIoNS consists of 4 fine musicians, on this ablum they do not deliver the kind of pryo-techniques one recalls form Olympic Gold Medalists DiMeola-Clarke-White-Corea.  You should read this as a description not a critique. The compositions are strong, the musicianship is first rate, the recording/mixing is excellent and Reboot is a 2018 must-have-certain-to-receive-multiple-revisits release if you are a fan of the referenced bands.

The method of composition and recording is described as "any member of the band sends a rough demo to the others, and leave them free to add whatever they want. The basic structure has an originator, but the end result is a work between the four members". I think this makes Reboot a particularly notable achievement. PRoPoRTIoNS are certainly not the first band to have composed and recorded in this way and it has become an increasingly practical, cost effective and popular method of collaborating.  But to date I have not heard a better example of this technique; where the final product sounds this cohesive.

There are, of course, songs I like more or less than others on Reboot,
Cardiac Rescue, Mocked Sin, Binary Star Dance, Fiv Finger, no Discount, and Reboot are all showcase songs which together cover the breadth of music on Reboot.  Check it out at the band's Bandcamp site.

This album is a solid member of my Best of Year but doesnt leap off the year in to a best of list over a spread of years (few debut releases do!) - but if this team continues to make music together they have the potential to deliver a future release will rise to that level. 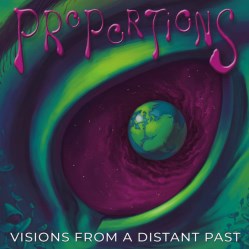 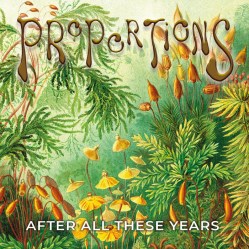