a Studio release
by Zeelley Moon 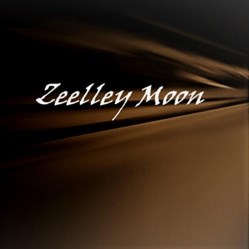 Recording for the Zeelley Moon album started as early as 2012 with just 3 tracks mostly completed before various delays and line up changes. Fast forward to 2015 and recording starts again at Area 18 Studios in London. The remaining tracks were recorded, mixed and mastered until final tweaks saw the album finished in July 2017

Zeelley Moon's first album sounds much more like it comes from a band that has been developing their sound for quite a while, not a newcomer.

I would describe it as prog/pop, similarly to what Supertramp were doing on Crime of the Century and their next two albums. In fact, on a few tracks, Zeelley Moon does remind me of Supertramp (i.e. Rudy and Fool's Overture) but this feeling quickly goes away.

The songs are pretty much all in the 3 to 5 minutes range, with a few being mid-lenght. They are all ''song based'' but always offer nice instrumental parts. The album is also peppered with a good number of guitar and keyboard solos.

Even though Zeelley Moon gives us 50+ minutes of music I never felt there was a filler. All the songs are very well written, composed and performed. It's an album that is easy to get into, but also deserves repeated listenings.

Fans of Supertramp, Pink Floyd, Al Stewart and even Steeley Dan (at times) are sure to enjoy this one.