a Studio release
by Cary Heuchert 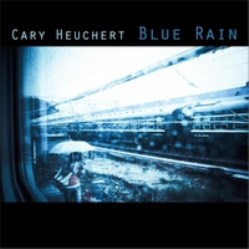 Canadian Cary Heuchert's most recent album is Blue Rain (2015) but it has been reissued (and remastered) in 2017, with an extra track that ends perfectly this very good record.

Heuchert's music is vey much influenced by the late 60's early 70's psych/folk/prog music in a singer/songwriter style. Many of the songs are in the ''voice, acoustic guitar, bass and discreet drums (or percussions)'' format. Some vintage sounding keyboards (mellotron?) are also in evidence on a number of tracks.

Heuchert is a very good musician and singer. His voice has hints of a young David Gilmour or Pye Hastings. His main strenght is his songwriting. Early Pink Floyd does come to mind, John Lennon (i.e. ''I'm so Tired'') and even Leonard Cohen (circa Songs from a Room) are acceptable references. The title track even makes me thing of French Canadian superstar Roch Voisine's biggest hit: ''Hélène'', but without the pop chorus.

I don't think that Cary Heuchert will attract many Justin Bieber fans with Blue Rain, but those that enjoy late sixties folk/psych songs should really give this guy a try. Recommended. 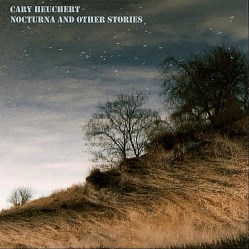 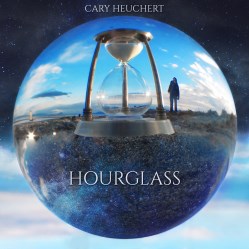