2 selections as Proggnosis Best of 2018 Release

Past The Evening Sun 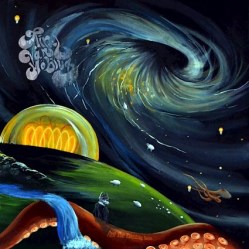 Ring van Möbius are a trio of musicians located in Karmøy, Norway.

Back in 1971, the band were part of a scientific experiment wherein they were cryogenically frozen along with their instruments and production studio. Sometime in 2017, it was determined that the time had come to release the band from their frozen state whereupon they released an EP which, in the spirit of the 70's, had a way too long name.

Now in 2018, the band release their debut full-length album, Past The Evening Sun, on the Apollon Records Prog label.

As a trio basing their music on keyboards (Hammond organ, Fender Rhodes piano, Mellotron), bass and drums, one is drawn to think of Emerson, Lake & Palmer.  While this is not a far-fetched reference, on Past The Evening Sun, Van der Graaf Generator's Pawn Hearts is a far more accurate reference. This is especially so due to the use of guest Karl Christian Grønhaug on saxophone but the resemblance musically can also be found in the frentic drums, hammond organ, powerful bass passages and in the vocals.

If you are a fan of early 70's VDGG then you will most definately and most certainly find your delight in this album as the 2 longest tracks, Chasing The Horizon and Past the Evening Sun could practically be lifted from VDGG sessions of that era.  The shortest song, End Of Greatness brings to mind early King Crimson more than VDGG.

Past the Evening Sun contains 3 tracks, one of which, at 21:39 occupies a whole side of the vinyl edition. Each track is successful in convincing the listener that they are listing - not to a band that sounds like the early 70's, but to a band of the period and a lost gem.  This is quite an accomplishment and frankly, in this effort Ring van Möbius achieve perfection. This music is not dirivative, but instead it feels and is organic.

On the band's 2017 7" single release I found more affinity to the sound of Wigwam (circa Being).  On Past the Evening Sun it is the VDGG sound on that is predominant. As a serious fan of both early Wigwam and early VDGG  I most certaily enjoy either reference.

Past The Evening Sun, and the band Ring van Möbius have achieved a convincing addition to my best of year releases list for 2018. 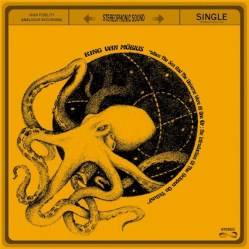 2017 - When The Sea And The Universe Were At One (Or; The Introduction Of The Octopus On Tellus)