It Could Be Home

a Studio release
by Plenty

Between Spring 2016 and Summer 2017, founder members Tim Bowness, Brian Hulse and David K Jones re-recorded Plenty’s catalogue of 1980s songs and set about completing the album the band had hoped to release three decades previously. Whilst re-writing some lyrics and streamlining elements of the songs’ arrangements, the band remained faithful to both the spirit of the original recordings and the era in which the songs were written.

It Could Be Home was mixed and instrumentally augmented by Norwegian producer Jacob Holm-Lupo (White Willow).

Plenty was Tim Bowness' band before No-Man. It Could Be Home is an album consisting of recent re-recordings of songs dating from the 80's, but done in a way faithful to that era.

The material is song based, all the tracks in the 3 to 6 minute range. The basis of pretty much all the songs are electronic keyboards and drum programming, but some dynamic guitars (sometimes very Frippian), violin and piano do pop up to give the music a more organic feel. Of course, the unique vocals of Tim bowness have a major impact on the band's sound.

It Could Be Home is a mostly relaxed album but with occasional bursts of energy. In many ways it comes pretty close to some of Bowness' solo material, and early No-Man also can come to  mind. Perhaps Japan is another band that can be used as an acceptable reference.

The songs are all good and the performances excellent. This is not surprising given the talent of the musicians involved. Jacob Holm-Lupo (album mix) has done a great job, this album really sounds great.

It Could Be Home is yet another great addition to Tim Bowness' catalogue. If, like me, you are a fan of just about everything he gets involved with, you wont want to miss out on this one. 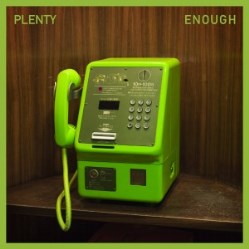