a Studio release
by Marygold 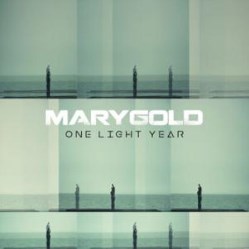 Marygold is from Italy but they perfectly sound like they are from the UK. Their music is dead on what Prog fans call Neo.

Their new album One Light Year offers five mid-lenght tracks (5 to 7 minutes long) and a couple near epic ones clocking at around 12 minutes. If I were to pick only one band to compare them with it would be IQ, but without their nightmarish moods. Other bands to associate Marygold with are Marillion and Gabriel era Genesis.

The five shorter tracks are mostly song based but all offer some very nice soloing (guitars and keyboards) and excellent musical coating. Lead singer Guido Cavalleri's voice (with no accent) comes close to a relaxed Peter Gabriel (circa ''The Lamia'' or ''In The Rapids'') with hints of Peter Hammill. Cavarelli does not come close to either in power though and his relaxed style of singing is reflected in the musicians' playing. The band does give us melodic and heavier passages, but their soloing emphasises more texture than speed, something Steve Rothery and an older Tony Banks are well known for. The longer tracks do allow the musicians to stretch out a bit more.

Fans of Neo and perticularly IQ will certainly enjoy One Light Year by Marygold. 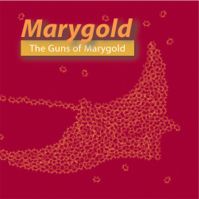