4 selections as Proggnosis Best of 2017 Release

a Studio release
by On The Raw 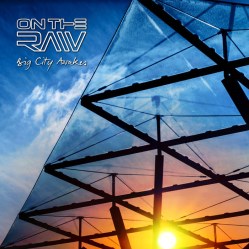 Recorded and mixed at Red Phone Studios.
Mastered by Josep Roig at Temps Record Estudi.
Produced by On the Raw

Reviewing albums for ProGGnosis is interesting to do because it allows me to discover music I would not have had the chance to hear. Sometimes these albums are OK, sometimes pretty good... and sometimes I get a real gem, a record I will keep on listening to for years to come. Well Big City Awakes by On The Raw is one of those.

This band from Spain, formed with members of other well known bands (that I will certainly check out in a near future), offers us some very lively and/or melodic Jazz Rock with some electronics sprinkled in. They consist of the traditional ‘’guitar – keyboards – bass – drums’’ combination with horns/flute also being a key ingredient of the total mix. I would qualify their sound as vintage (especially the keyboards) but the occasional electronics and a crystal clear production gives a modern touch to this great album.

Even though they consist of only five musicians, On The Raw sound more like an orchestra than a quintet. Perhaps in part because of overdubbing, but their level of musicianship is obviously the main reason for this.  One band that would be a good reference to compare On The Raw with is Snarky Puppy. Both of them offer some dynamic and extremely interesting joyful music,  that  becomes even more interesting with repeated listens. On The Raw is not as ‘’way out there’’ as Snarky Puppy in exploring different genres. They stay closer to Jazz Rock (and Prog). To me this is a good thing, because there are enough Snarky Puppy ‘’copy cats’’ out there already. Other bands I hear hints of on Well Big City Awakes are Maneige, Chicago and even Alan Parsons Project (on the poppier/quieter parts).

I can’t say  more about this great album. It is now firmly in first place of my ‘’Best of 2017’’ album list and I would not bet against it to remain there until the end of the year. 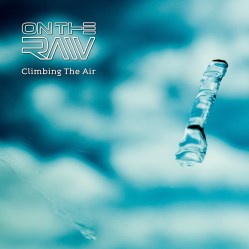