a Studio release
by Weserbergland 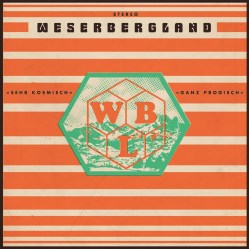 “Sehr Kosmisch Ganz Progisch” by Weserbergland is an homage to the seventies krautrock scene seen through the eyes of Ketil Vestrum Einarsen. Ketil is a veteran flutist of the Norwegian Progrock scene, having been a part of White Willow for almost 20 years. He has also been a member of Jaga Jazzist and played on more than fifty albums, with bands like Motorpsycho and Geir Lysnes Listening Ensemble. As a composer, he has written music for 10 documentaries and one TV series (all of this together with Lars Fredrik Frøislie( Wobbler, White Willow etc)

“Sehr Kosmisch Ganz Progisch” is Ketil debut as a band leader. He has been a kraut rock enthusiast since he discovered the music through the record collection of his friend´s hippie father in the early 90s, so to take this musical turn was a very natural thing him. And it´s quite easy to hear the inspiration of bands like Tangerine Dream, Can, Cluster, Harmonia et cetera. But it´s not a retro sounding album, the sound is also influenced by Ketils former band, Jaga Jazzist and similar bands, and of course there´s a huge dosis of 70s era progressive rock in there.

The result is a very unique and demanding album. The simplicity of krautrock is juxtaposed or mixed with a complete sensory overload of multitracking, heavy use of effects and compositional techniques from contemporary or classical music. 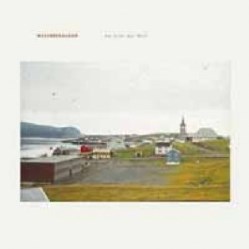