You're Doing It Wrong

a Studio release
by Bradford 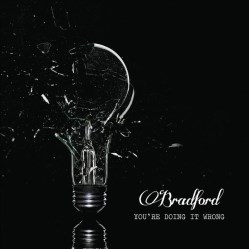 Bradford cites as influences Vai, Satriani and others of that caliber. Clearly there is some virtuoso and technical guitar playing on You're Doing It Wrong, but I also hear some very melodic instrumental music and some Blues inspired Rock.

Bradford says that his goal was to produce an album of songs that would “sing without singing.”  Well indeed, for a number of tracks on You're Doing It Wrong, I can almost imagine there are vocals. The fact that all the songs are less than 5 minutes in lenght and feature (at least in part) nice melodic passages does give this music  ''song based'' qualities.

For sure, to really enjoy this album, it will help to be a guitar shredder music fan. Besides the guitar, Bradford plays all the other instruments with a very high level of excellence. The music is just great and the album's production is up there with the best of them. My only slight reservation is with the presence of programmed drums and drum loops (but I must admit they are very well done). Still, I can't help myself of thinking what a live drummer (for example someone of the caliber of Mike Portnoy or Gavin Harrison) could have added to this great music.

In conclusion, for those into intense (and melodic) instrumental Guitar Rock, Bradford's latest album is a ''can't miss.'' Get it. 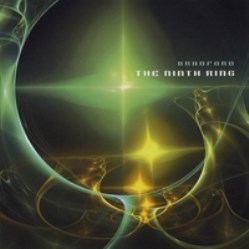