1 selections as Proggnosis Best of 1975 Release

Fish Out Of Water

a Studio release
by Chris Squire 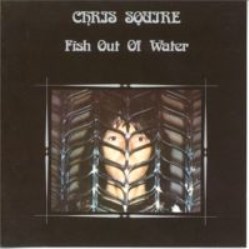 Fish Out of Water is the only solo album by English bass guitarist Chris Squire. It was released in 1975 on Atlantic Records during a period of inactivity from his progressive rock band Yes. Bill Bruford and Patrick Moraz of Yes contribute to the record, while Squire employs his signature bass skills as well as 12-string guitars and vocals. Also on the album are Mel Collins on saxophone and Squire's friend Andrew Pryce Jackman on piano. The album is in the same vein as the Yes album of the previous year, Relayer, though the sound is more fleshed out with the help of a full orchestra and the jazz context of "Lucky Seven". It was a moderate success, reaching number 25 on the UK Albums Chart. The album was remastered and featured, as bonus material, the single-edit version of "Lucky Seven", the promo video for "Hold Out Your Hand" and "You By My Side", audio commentary, and a 40-minute interview with Squire.

Absolutely the best of all the solo projects from the Yes crew. Squire's bass drives every song. Recording is a bit muddy which detracts, but if you like the Yes sound up through Tales Over Topographic Oceans, then this CD is a sure success.

Yes solo albums run the gamut from incredibly mediocre to good, sometimes great, but Chris Squire’s Fish out of Water was something all together different with an album that still sounds as fresh and original as it did in 1975.

Bill Bruford and Patrick Moraz assist with the album, but this really doesn’t sound like a Yes record, the way some of Jon Anderson’s work has. The music is majestic and beautiful, anchored by Squire’s unique playing style. The music can be wonderfully orchestrated as on You by my Side or jazzy with Lucky Seven. A colorful and vibrant music Fish out of Water stands next to the best work of Yes, despite sounding so different.

Looking for just one Yes solo album to buy? Fish out of Water receives my highest recommendation. Brilliant! 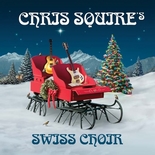