#7 The Case Against Art

French TV, is a band that has adopted a gamut of progressive styles. They have everything and I mean everything imaginable, fusion, progressive rock, RIO, symphonic, etal. At some point you will hear segments of each. And as time has passed, I can only say, they just keep getting better at what they do. This music has complexity galore, in every facet of the creative process, time signatures, counter melodies, cadences, disharmonic harmonies, even the recording has a complicated mix, as there are a lot of things going on, with many different instruments, and each has it's own spatial isolation, masterfully done. FTV makes a case for experimental prog, many casual prog fans have found some RIO bands unlistenable, trying to distinguish it from music or noise. That is not the case for FTV, they use only enough of RIO to give the music a quirkyness, but the masterful use of fusion and progressive rock tempo keeps the music coherent and accessable to most listeners, inless you have trouble with complex music. At times I am remind of Zappa's instrumental explorations, the horn sections follow exotic charts over syncopated rhythm sections, you must pay attention to take in all of what is happening here. If you are at all interested in what I have written so far, this cd is a no brainer, and a great place to start to discover the band, the stuff is so deep, that by the time you have comprehended the onslaught of perplexity to memory, chances are they will have a new one for you to get.

With so many line-up changes all over the years, cartoonish prog-fusion headers French TV are still able to introduce new sensations and eccentricity to the already adventurous world of progressive music.
Not that many bands manage to exploit successfully so many different ambiances and musical orientations as these brave American sound scientists. After the stunning The violence of Amateurs, their follow up The Case against art is quieter and more introspective, but still present some bizarre variations of complex musicianship, that can be both intense and humorous.
In my opinion, if French TV are presenting a case against art, they will undisputedly loose the trial. This is because they are shooting their own foot; due to the fact this album is musical art itself. Its really like a known robber presenting a new security alarm to banks and jewelries...who can they fool??
The case against art brings, though, a more symphonic sound, settled in long instrumental parts that are then bridged with more intricate and fast fierce interplay. If you take for instance Viable Tissue Matter, it starts almost reminiscent of the 70's Italian Progressive till it becomes heavier (driven by the guitar riffing) and jazzy.
The known elements of RIO, psychedelic, prog, fusion and cartoon music are still present, though this is a more straightforward progressive album than their previous.
Another novelty here is the fact of song 3 - Partly the State - has vocals. This is a cover from a Happy The Man song, which brings us back to the tribute of bands that have influenced their music. Just remember their Samla Mammas Manna cover in The Violence of Amateurs or Van Der Graaf Generator's Pioneers over C in Intestinal Fortitude.
Without reaching the brilliancy peaks of the prior album, The Case Against Art still give us an hour of delightful and insightful music, filled with crafted delicacies and sonic architectural compositions. A statement in Art against what media considers art in music these days...
As for me, I rather be considered an Art illiterate and listen to French TV than watch what the media wants you to...the "real" modern musical Art in MTV !
Recommended??? Absolutely!! 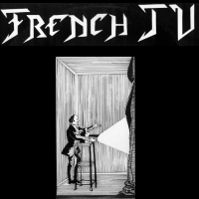 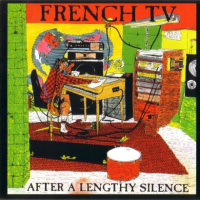 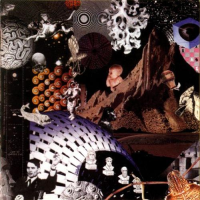 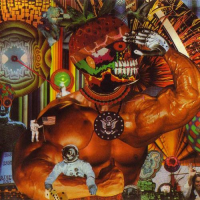 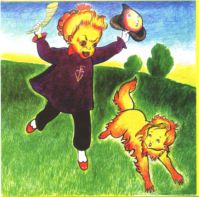 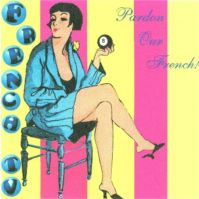 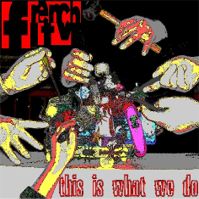 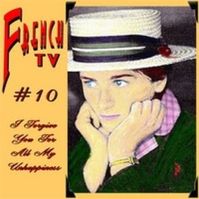 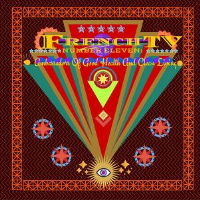 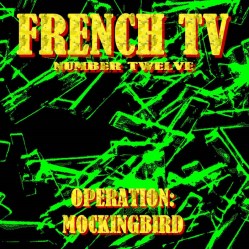 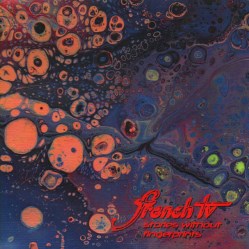 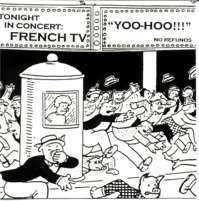 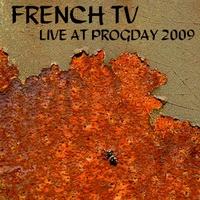