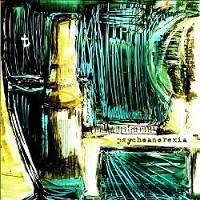 All music and lyrics by t.
All instruments and voices performed and arranged by t. Mixed by t.
Mastered by Jürgen Lusky.
Cover art by Katia Tangian

This is the time when ringtone applicability equals musical quality. This is the place where the greed of being a popstar has replaced the sublime experience of creativity. This is the era in which democracy means mass phenomena, not choices. When we have become too lazy even for subterfuges. And too busy to feel the loss.


This is the age when equality means mediocrity, fame defames excellence, education encourages despondency. We excel in conformity, we celebrate our empty hands. We may not burn books, but we skim them. We may not slaughter heretics, but we overshout them. We strive, long, hunger for nothing, thus nobody strive, long, hunger. Fascistic, yet aimless aposiopetic selves. Timetabled freedom. Death in Bologna. Psychoanorexia.

About 3 years ago, and completely out of the blue, an album named “Anti-Matter Poetry” by a German musician named Thomas Thielen, aka T, crossed my ears and captured my attention. With a few more listens and I had surrendered myself to its freshness, captivating musicality and artful compositional structures. It was quite easily my choice for best album of 2010 and since then I've waited for the next move by this incredibly talented musician.

It took Thomas more than 2 years preparing a follow up to that groundbreaking album. And listening to “Psychoanorexia” one can easily perceive why! Besides all instruments on the album being played by T himself, the album is constructed in a way that, for one single person, would always take about that (or a lot more) time. I mean, the complexity of the compositions, the layering of the instruments and the flowing of the presented music itself shows the dedication, perseverance and character of the artist involved, as this album is a monster rollercoaster of emotions, words and sonic textures and engineering. The planning of it must have taken an huge effort, and honestly, for a single person doing it all, there is no other choice for me rather than to show an absolute respect for the man behind this project.

Let's take this in baby steps, as the album deserves a close look and some personal views, reflecting my interpretation of it (and I must warn this review will be a personal exercise rather than a descriptive attempt). I apologise from the start if the reader starts thinking I'm getting too philosophic at times, but hey, this is a philosophical album on itself, so I thought I should play with the same set of cards for a review.

Just as a quick note, I haven't yet reached the point of liking this album as much as I (still) like it's predecessor. I don't know if, sensory and emotionally speaking I'll ever get to like it as much as “Anti-matter Poetry”. But I can surely say that, both in terms of musicality and composition, this is perhaps the richer one-man project album I have ever heard.

Baring this in mind, I still can try to understand and interpret the intentions of T in the making of this album, as it is a lot more than music. I mean, the meaning of it goes beyond the musical content that crosses the ears. The music is, in fact, used as vehicle for the words, the emotions and the message that T is trying to pass.

First the lyrical content: the lyrics are stellar. I mean, many times using surreal language and imagery to transmit an idea, and using a rich vocabulary with adjectives abound, the message is that of an interpretation of modern times, the society in which we live right now, it's values, mechanisms and what is our generation leaving for our children...

Take a bit of time and, even without listening the album, go read the lyrics. And if you do not find thoughts that you have already had about the times we live at but that you somehow could never translate to words...then you are a lost case or you live in a blind capsule. So the first big triumph of the album is the capacity that T shows to get to words, even if sometimes in the most difficult, almost fable-like, and certainly using parables that can get weird or surreal, many thoughts about our western way of life from a political analysis through a financial one and then on the values, interests and inter-relations that we are creating, managing or raising between ourselves, the human beings (many times passing them in the wrong way to our offspring). Some word associations and technologically driven phrases can be hard to decipher, but just give it a read and figure it out by yourself, I don't know, perhaps the intention of Thomas was exactly that, challenging us to have our own interpretation of his view...

Then the music. I think the biggest challenge of Thomas was to try and apply a sort of emotional musicality, reflecting each stage of the lyrical content. So the music is always changing moods in a true progressive rock way (meaning things can get quite complex). I believe most people (especially if not into complex progressive rock done in a modern way but clearly leaning towards the basics of some of the 70's symphonic/experimental rock exaggerations) that could listen to this album will find it tremendously pretentious! Ah, that's correct, the album is musically so, but in a very healthy way, let me add.

So the music is always catching up, emotionally speaking, with the lyrics, staying connected to them or even anticipating the next emotion to be exposed. And in that matter, the lyrics and music complement each other, making each one of those elements get their perfect sense. It's an emotionally charged album. I dare to repeat myself on this point so that the reader gets it: it's really an highly emotionally charged album! From anguish to hope, from numbness to rebellion, from procurement to discovery, in a 3 dimension act of Message-Emotion-Interpretation, being the message what Thomas is trying to pass through the shown emotions, for our (each listener/reader) interpretation.

The reminiscences that are to be found in this album are so varied and wide that it feels pointless to enumerate them. But the basics of progressive rock are there, from the early stages to the contemporary scene, and then some art pop and art rock and a lot of post rock.

For instance, the opening track stands in the middle grounds of eerie symphonic rock and post rock, juggling with those ambiances and forging them in a sweet/sour musicality to patch the anguishing lyrics of some sort of epiphany, or the self analysis of the point one is in life.

Then “Kryptonite Monologues” really opens fire lyrically speaking. The tone becomes one of frustration and anger at what society has become. And the music turns weird and full of experimentalism, like some sort of modern day Krautrock. This is one difficult track to digest, I must say while having this feeling that the idea was exactly to make things a bit uncomfortable and nauseous. The start of the track has parts where the music seems like drifting without direction, while slowly becoming more organized as the 20 minute opus advances, like thoughts gaining shape and then gaining meaning. Like said, it is utterly challenging in musical terms, and it is the part of the album that I have not yet been able to fully digest.

The Irrelevant Lovesong reminds me a lot of I Saved the World from the previous album, like if it was a continuation of the idea started before. It is the “small” track with it's 8 minutes (just being ironic, ok?!). And it is full of beautiful harmonies and sung with a real soul. When it gets heavier, it reminds me of the kind of heavy approach Peter Gabriel used for his track “Darkness“ (I do find other similarities in structure and even in the way the vocals intend to pass the emotional message).

The sadness shown in the start of the closing track, which gives name to the album, is that of a person that has figured things out. That feeling is quickly substituted by anger and rage against the big machine that basically compresses and lobotomize people. This is yet another complex and detailed track, filled with changes in direction, in tone and shape, and that would basically need a review on itself, so much are the layers and parts that constitute it's sequence.

In the end, the message that I got from all this, and my interpretation of this album, is a look at a society that is way too fat in interests but very very thin in virtues (and unaware or unable to perceive that, like an anorexic looking at a mirror) makes it a shallow, superficial, void in humanity habitat.

Thomas has to be proud of his achievement with this album. You can like it or not, you can understand it or not and you may want to interpret it your way or not, but the fact that remains is that this is an elaborated work, born from an obvious immense dedication, and there is no other way for the author but having to feel proud of his creation. I mean, it's just the way things are. As I recently dedicated myself to music (despite having started in a completely apart style), if one day I am able to do an album like this, it would be a landmark in my life, so I must give that to Thomas Thielen, I may have correctly interpreted it or I may be completely wrong, this is my honest opinion and the way I have read the message. One way or the other, I cannot help but feel an immense respect for the artist! 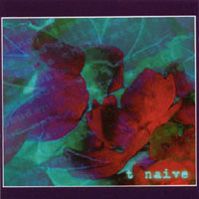 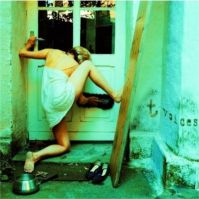 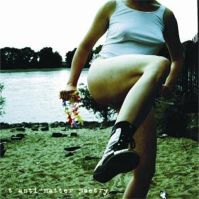 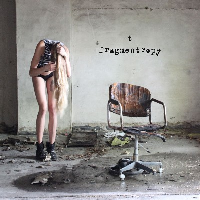 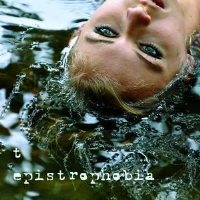 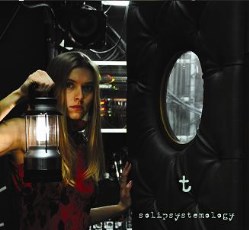