a Studio release
by Pandora Snail 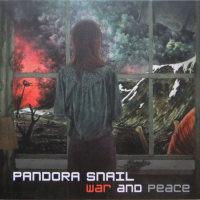 War and Peace is the first album by Russian band Pandora Snail. Even though it is an instrumental album, song titles like "Submarine", "Mother's tears", "Dance Under The Bullets", "After The War"...) signals that all the tracks illustrate various parts of a concept touching on different aspects of war. This could make for a dark and even gloomy album, but it's not the case at all.

If I was to categorise Pandora Snail's music I would use "Neo Trad" to do it. The eleven tracks on War and Peace all showcase acoustic violin played in a traditional manner. In good part the violin drives the melodies of this album. Another constant are the very dynamic percussions that also give the music a folklorish feel. This being said, War and Peace should not be considered a Folk music album. On some tracks the band can crank it up quite a bit. The keayboards, electric guitar and bass will then take a predominant role and some very nice interplay will take place, but with the violin and percussions never very far away.

The tracks on War and Piece cover a large palette of moods. Sometimes melodic, sometimes dynamic and at other times quite rock and even heavy. The pieces can be pretty short (about 2 minutes) to epic lengt ("James Pont" clocking at more than 16 minutes). Naturally it's on the longer tracks that the band shows it's Proggier side, even though the instrumentation is always interesting whatever the duration of a piece.

Being myself from Québec (Canada) where "Neo Trad" bands like Genticorum, Le Vent du Nord, Nicholas Pellerin et les Grands Hurleurs..., are very popular (all these bands mixing traditional instruments with modern ones), I must say I was very much impressed by Pandora Snail.

With War and Peace Pandora Snail have put out one of the most interesting new album in the "Neo Trad" genre. Fans of Folk music mixed with Rock, Prog, Jazz... should really check this band out. 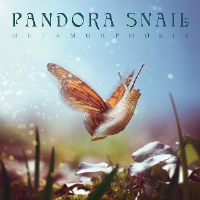 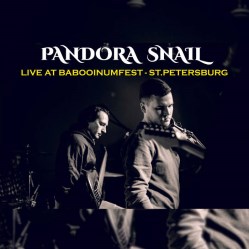