The Gargoyle and Other Stories Tthe Orchestral Music of Sean Timms

a Studio release
by Sean Timms 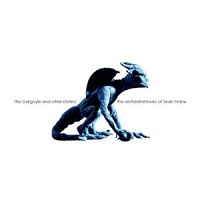 Unitopia keyboarist Sean Timms has released a CD of orchestral and sometimes classical music that, while definately not prog-rock, may be of interest to ProGGnosis visitors.

This CD is a compilation of some of his orchestral music for feature and short films. It includes 'The Gargoyle' soundtrack, an AFI award winning short film written and directed by Michael Cusack and produced by Anifex as well as another of their highly regarded short films 'The Book Keeper'.

It also has music from two feature films Sean has composed music for, 'Body Jackers' a zombie horror flick and 'Tempe Tip', a romantic comedy starring Jason Donovan. To round out the production, musical excerpts from the DVD board game 'Planet Earth' based on the BBC television series of the same name.