a Studio release
by Linear Sphere 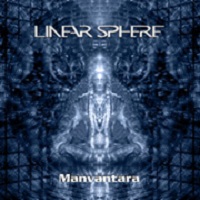 The album has been independently released by Linearsphere Records Ltd for  CD&12 page booklet available from the band's web site in anticipation of the full digital release through ReverbNation (iTunes, Amazon etc etc..) in August 2012.

The first 100 orders are autographed.

Engineered and produced by Martin Goulding

Mastered in NYC by Alan Douches at WWSM.

The CD comes with a 12 page booklet featuring bespoke artwork by Ashley Christudason at Jungle Eye.

You can find a promo vide at  http://linearsphere.com/media/videos/
and a full track by track synopsis on the band's web site.

Manvantara, a concept album with a story starting in ancient Atlantis, and with mankind’s journey traced through the ages, all set against a musical backdrop of highly unique progressive music with influences from modern metal to jazz-rock-fusion.  it  features top British actor Paul Darrow (Avon from Blake7!) as guest narrator on track 3, Cycle of Ages

Some 7 years ago, Linear Sphere released their debut cd - Reality Disfunction, having read about the bands influences got my attention, and I eagerly awaited the cd's official release. I enjoyed the depth and complexity of the band, and was impressed with the bands talents, and like so many other bands, the years piled on, until I was led to believe they were another one and done band. Until I got an email from them asking if I was interested in reviewing their newest cd - Mantavara, surprised to see that the band was still active, I quickly responded, and received the cd soon thereafter.

This band has quite the waiting period between releases, but they certainly do not spare the listener any lack in creativity and intensity. Linear Sphere is one of those bands that is not for everyone, they have a highly unique vocalist in Jos Geron, as he is very emotive, if not untraditional, his delivery can sound narrative, angry, and just plain frantic. If you are familiar with the style of music from the band Watchtower, particularly on their Control and Resistance album which featured Alan Tecchio on vocals, you may have a fair comparison. For me, this band is mostly about hypertechnical, hyperprogressive, and hypertalented musicianship. In fact, the beginning of the first song, Origen, sounds like a wild fusion affair that is influxed with more than a hint of technical metal, but wow, excellent musicians here. What an opener.

This cd has 6 fairly long tunes with over 40 minutes of intense music, this is what many would dub technical metal, which has it's own cult following created by such bands as Watchtower, Cynic, early Sieges Even, and later Spiral Archetect, and the various projects fronted by guitarist Ron Jarzombek.  Not music for the headbangers, thats for sure, this stuff is complicated, time signatures galore, abstract chord progressions, very slick bass work, and subtle keyboard arrangements to compliment the intense atmosphere the band creates. This band could easily be an instrumental heavy fusion outfit, in the mode of Planet X or Morglbl trio, but they maintain their alliance to the vocal stylings of Techmetal, and whether it appeals to you or not, the music is nothing short of brilliant.

I guess it's safe to say, I am a fan, this music does connect with my tastes for the odd, complex and heavy, while offering tasteful, competent musicianship, that and the fact that it is also highly original sounding. It's one of those cds that is full of surprises, first listens do no justice, one needs to be forced to listen repeatedly to fairly digest the full spectrum of details that the band incorporates into what is Linear Sphere. 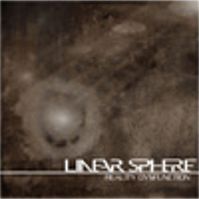