a Studio release
by The Flying Eyes 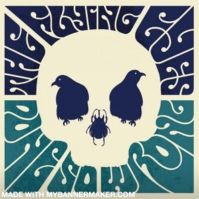 Released by World In Sound

Heavy, bluesy and psychedelic! These are the 3 major vectors of The Flying Eyes new full length – “Done So Wrong” – a statement of vitality and vivid darkness, to say the least.

Though having read that there are strong connections to The Doors in their musicality, I do actually find much more reminiscences to early Black Sabbath, Black Keys or even to some heavier Hawkwind in the atmospheres that are created by the distorted and slow guitars, the operating drums and focused bass, while the vocals transmit a tremendous vibe and power, equilibrated in a semi-raging and eloquent tone with very dark roots. The slight distortion on the vocals do provide it a tool to add to the psychedelic mastery of the band. The rhythms constantly change within each track, from dense walls of sound to slower, more blues oriented parts. All of this punctuated by guitar soloing aplenty, many times providing that clear psychedelic touch.

It is quite obvious that the band has that vintage sound, while somehow transporting it to contemporary venues, especially when adventuring to the boundaries of stoner rock or even grunge. The music is kept slow and heavy most of the times, with very thoughthful build-ups and crescendos, as well as accelerations and slow-downs, which help the listener keep his focus on the sheer powerful and breathing sonic tapestries.

Done So Wrong does provide the absolute feeling that we are in the presence of a competent band that not only is conscient of the type of music they want to create, but that is able to fully explore it and present lots of ideas in a format that not rarely is considered limited and well framed. Well, The Flying Eyes prove that there is a lot of great music to be done within this genre (or conjuring of genres). It is a compact, strong, sincere and powerful showdown of intentions, architecture and played to perfection. An album to be discovered by those who miss the good old 70’s heavy psychedelia played with competence and, more important, with soul! 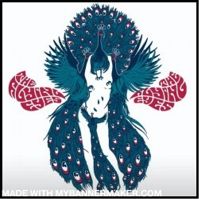