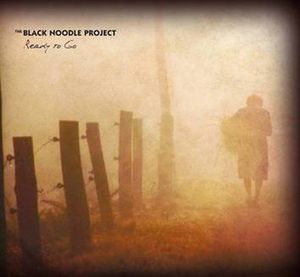 So, here I am taking my try on a new The Black Noodle Project. A band that I've been reviewing since their debut, a band that I have been liking since that time, and a band that I ended up having personal bounds (having meanwhile met and friended guitarist Jeremie Grima).

This is one of those bands I always try to give extra time and space before reviewing. Let their albums sink in and calmly let sparse thoughts occur during various weeks so I am able to construct that track-by-track insight I like but normally don't have the time or the guts to do.

Ready To Go is the fourth studio chapter of this French band. Some member changes and some experiments have not diverted or distracted their way and their sound, even if the band appears now more diverse and multi-directioned than ever. This is basically the idea that I want to transmit in my analysis: tBNP changes and shifts, but follows a concrete path, both in a material (metaphoric) way and as an objective (synonym) way.

This said, just put the record playing and follow my words to see if you agree...

Ready to Go, Part 1 opens the album in melancholic note, revisiting the more somber but tremendously melodic atmospheres of the first album, while at the same time transporting the sound of the band close to a post-tock epyphany of Pink Floyd, thought mainly driven by the quiet piano playing semi in the background. It's a nice way to introduce new listeners, while bizarrely arousing the old conoiseurs of the band.

We've Let You Know presents us a band mixing the dark touch of their Eleonore album with some melodic approaches of the debut, this mixed with a hard-rock typified half ballad and a neo-prog guitar soloing. Quite direct for a change and ear-friendly as usual.

The One slows and atmospheres the things to levels never before tried, while the harmonies turn from loose to tight just before the singing enters. The track develops into an emotional ride, on a tone that makes us doubt between the despair of an unreachable love and the calm languishing of a Love declaration. This is tBNP as we have never heard them before, both in tempo and feel. This track also closes the first section of the album...

The World We Live In not only speeds up things but it also makes them heavier, as the guitar riffs aggressively over sampled dialogues. Then the rhythm changes and the singing warns and yells in confronting way. The band explores new paths of hard prog while keeping things relatively simple and direct. The shift in direction near the end reminds us again of some slight post-rock textures driven by the guitar work that uses minimalist lines broken by melodic soloing units. Quite a diverse album this is turning out to be...

Rishikesh/Liverpool/Rishikesh is most probably the most exotic surprise of this album. As the name suggests, the atmospheric start takes us on a ride to the scented and colorful landscapes of India. For those of you who do not know, Rishikesh is aka World Capital of Yoga...I think you get the idea of a relaxing semi-psychadelic Indian sonic trip. If you do, you're on the spot! But then the music suddenly shifts to a heavy suite of syncopated riffs that absolutely and completely remind me of Iron Maiden, even if in different note. I even would call this track Rishikesh/Leyton (East London)/Rishikesh, just to get the directions right. Back to the world of calmness of spirit and spices, the track ends in the same atmospheres it had started, as the sonic wigs fly us back to India.

Coming Up for Air is another surprising act, even if not for the same reasons. In fact is for completely different ones, as the band enters the realms of 80's brit-pop. The keyboard line that rides behind just takes us to early The Cure meadows, which you must understand simply sounds surreal coming from this French band. Anyway, though a shot in the dark, it is the less accomplished track in the album for the band sounds dislocated. Yet the piano part at the middle is strong and poetic as the emo guitar solo that follows.

Asymmetrical Vision starts the final section of the album. The one where the band turns down the distortion and more aggressive approach and completely sets its batteries to darker, calmer and more melodic ambiances (with the exception I'll just point). This is also where the best part of the album starts. This laid back instrumental serves only as an appetizer.

OK, the exception is the cover version of Faith No More's From Out of Nowhere. I say, the cover is accurate and well played, and the band that is tributed here is a hell of a choice, still I would have rather listen to tBNP playing some other song from the fantastic catalog of FNM.

I'll Be Gone is one of those tracks that really capture one's ears. The piano is marvelously played here, giving a sense of profundity and sensibility that the band had not yet shown before, at least not in this proportions. The singing is also showing evolution here, as it has never sound so good. This track is a mix of solo Peter Hammill with ballad Dream Theater. A real must in this album.

Ready to Go, Part 2 presents us a Floydian tBNP, where even some distinct Pink Floyd lines are (not) disguised. OK, they are obvious! All here takes us back to the inspired mid-life years of PF. The sensible guitar soloing and the tone of the guitar itself, the texture-creator keyboards, the simple but very focused drum lines...The singing, though, is very, very tBNP. The 15 minutes that this track exceeds are worth every second of it. It's emotional, thoughtful and thoroughly explores the exact mid way between what tBNP has accustomed us to and the exact territories that PF so successfully tamed.

Farewell closes the album in a spacey/psychedelic post-rock tone up to the point were the desperate singing waves us goodbye and almost makes us wait in silence for the next tBNP chapter.

All an all this is the most diverse and surprising album in The Black Noodle Project's catalog. It is vivid and dynamic in terms of different emotions and proposals and does continue the tradition of experimenting new fields and new approaches that this band has apparently set as their grounding rule. But it still shows us a band that sounds like themselves, keeping an odd linking line that is hard to pin point but easy to sonically recognize.

As always, this is an album I came to highly appreciate, even if not complex in arrangements and track architecture, the band keeps progressing from side to side, in a tortuous path that only they seem to know and have obviously charted (allow me the pleonasm). Well done boys! 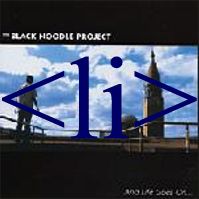 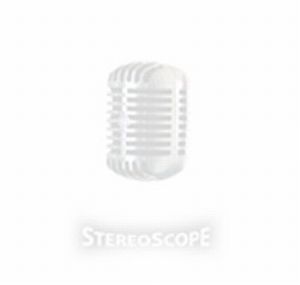 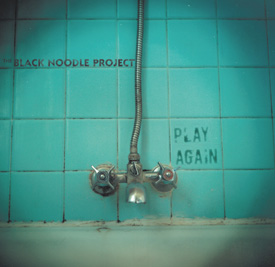 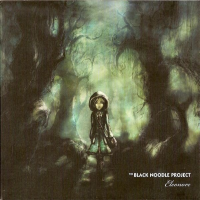 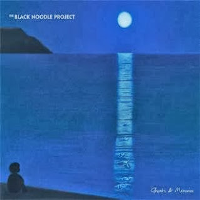 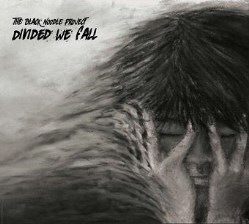 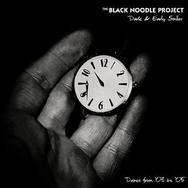 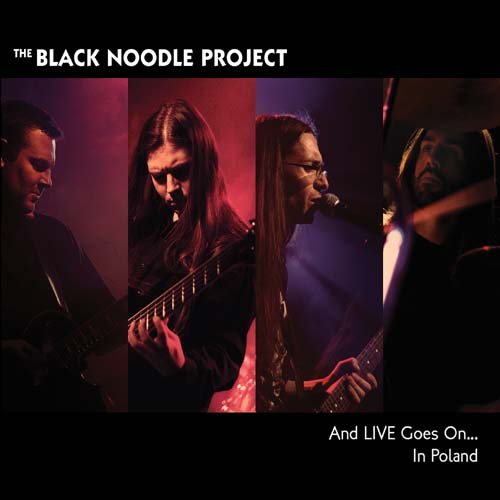 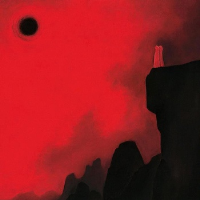