Template for a Generation

a Studio release
by Darwin's Radio 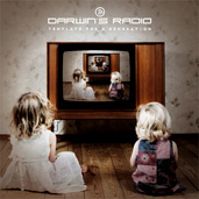 When Martin Orford decided to leave IQ Mark Westworth of Darwin's Radio was recruted as his replacement. I fully understand the choise of IQ to have him on board but i hope his contribution to Darwin's Radio is not lost
Perhaps IQ has a bigger name and has a bigger fanclub but Darwin's Radio has superband status potential
This album could be a template to inspire future prog-generation
With fellow ex-member of Grey Lady Down Sean Spear on Bass and from Rush tribute band SPIRIT OF RUSH Dec Burke and current drummer Tim Churchman.


After an excellent debut album, Eyes of The World, this album is even better.
With three epic tracks the music is in comparison to it's debut more symphonic and melodic
My favorite track is opener: The Illusion Is Freedom and with almost 20 minutes the longest song. Breathe It In with 11 minutes and Age Of Broken Reason with 13 minutes complete this album.
The result is an album with only 45 minutes. But it's better to have 45 minutes of quality than 70 minutes of music with below average songs
I prever the quality and me begging for more.
I'm convinced that this album turns up in every prog-lovers top 10.!! A Must Have !! 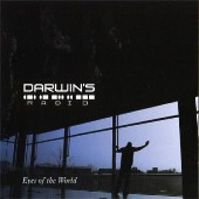 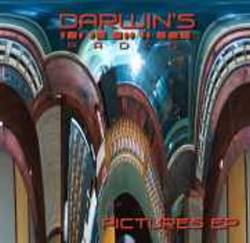