a Studio release
by Metamorphosis 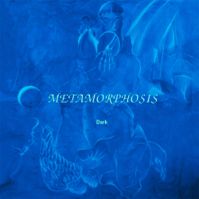 The albums music displays a good Pink Floyd influence but does go further. The music is atmospheric throughout and very melodic with some good guitar work. The keys wouldn't be out of place on a No-Man album and the feel of the music makes Porcupine Tree spring to my mind.

Hey Man is a nice track with a quiet trance inducing keys start which then takes off in a Porcupine Tree style. With seamless moves between the two states and some good instrumental breaks. I love the smooth, laid back guitar solo towards the end. A touch Gilmour like with a gorgeous tone. This is an enticing track which leaves me wanting more, I like everything about it: the keys, guitar and vocals. I'm waking up has a different feel with a nice acoustic guitar at the start which is a little dark and sinister for me. When the electric guitar kicks in the mood remains the same but with some good guitar work and a driving rhythm from the bass and drums.

Knowing all I do is worth ending also merits some attention. I find that this track to be one of the darkest on the album. Hugely melodic with some good driving rhythm's. This is very much in the neo progressive vein with good keys, vocals and another addictive guitar solo or three.

This album has a lot that progressive rock fans will like with strong instrumental sections, plenty of keys driven atmosphere, a good guitar or two and driving rhythms. For me it is a little long but is a strong album. I particularly like the middle section.

Swiss band Metamorphosis has been releasing albums since 2003 in a paced cadence, basing their musicality upon reminiscences to late Pink Floyd. Yet they have slowly been building their own personal musical approach away from those obvious influences. And if with Then All was Silent this was not yet the case, with the new Dark another step has been taken away from the PF gravitational force, in a voyage that is continuously revealing a good capability to address and delivery enjoyable neo-progressive rock.

I am one to have enjoyed Then All Was Silent a lot. And the truth is that I’ve been enjoying this new release even more. Even if the David Guilmour fronted PF relationship is still to be noticed here and there, like in the start of The Fight is Over or the emotionally melodic guitar soloing throughout the whole album, there is a sense of purpose and of direction that shows us a band committed to strive for a strong personality and for a musical path that is increasingly sounding as to be standing by its own.
Overall, Dark shows us a band that is very focused on slow-paced musicality, inbreeded in a melodic and harmonic amniotic liquid in which it breaths and feeds. The vocals are very unique in its tone, while always providing an emotional (and vivid) interpretation of the pessimistic and dark lyrics. The music ends up complying with the vocal approach, as it sets an emotional path that seems to want to escape the darkened tone by ways of very melodic sequences that try to impose some light upon a very grey atmosphere. The just mentioned atmospheres are very interesting and the duality between that slow paced (sometimes cut by an increased rhythm) darkness and the search for more enlightened and optimistic soundscapes by means of guitar soloing is refreshing and very well achieved.
While not complex, aggressive or challenging, the music is thoughtful and extremely well played. The obvious focus of Metamorphosis is not on complexity but on emotion. Create music that provides images and that stimulates the imagery of the listeners is, in my opinion, the real goal of the band, and that is completely accomplished: an always enjoyable ride through misty fields of disgrace, keeping an eye on hope and recovery.

Musically speaking this is an album that, without the need of complex structures, is filled with progressions, built-ups, rhythm changes. And if the whole band does a very competent job, the guitar work can be astounding in what concerns depth and emotion. A must for neo-proggers and progressive rock lovers that like darkened feelings in their musical diet. 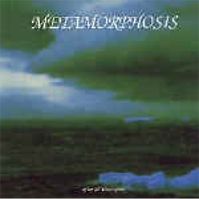 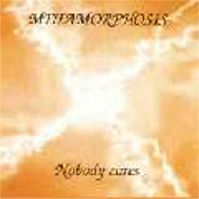 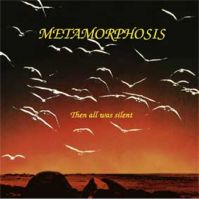 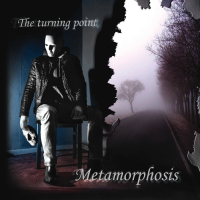 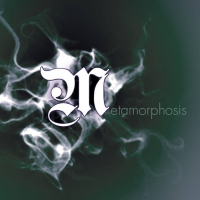