Rewiring Genesis: A Tribute to The Lamb Lies Down On Broadway

a Studio release
by Tributes: Genesis 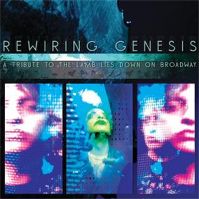 Spock's Beard Drummer/Vocalist Nick D'Virglio and engineer/producer Mark Hornsby are the men behind the Rewiring Genesis project which came together to rework and rerecord the entire Genesis classic, The Lamb Lies Down On Broadway.

Although we have listed Rewiring Genesis as a seperate entry to our database we could easely list this A tribute to The lamb lies down on Broadway to the Genesis Tributes. The reason we did not is to give this project some extra attention and second the hope we will have a project on our hand that will release more albums

The story to this band/project is one of producer/engineer Mark Hornsby and Spock's Beard drummer/vocalist Nick D Virgilio. Both great fans of Genesis and Nick has been a member of Genesis during the Calling All Stations album and tour in 1997/1998.
So Mark and Nick got together in their hometown Nashville and started to record the full album of The Lamb Lies Down on Broadway. And what an album this became!!!
Off course, you would say..... The album is an epic, a classic. An album that is after allmost 35 years still a document and an insperation to any music fan.

The reason i'm so enthousiastic is that i began to wonder witch performence is better. A question that is not to be asked or to be answered. The original is always better because of the artistic appreciation.
Recorded at Java Jive Studio and The Garage by Mark Hornsby, Jon Craig, and Nick D'Virgilio the compliments go out the these men. Excellent recorded, played, mixed (Mark Hornsby) and mastered by Bob Katz.

This album is more..... It has the best arrangements i have ever heard to a Genesis recording. John Hinchey has written parts for Trumpets, Flute, Trombone, Sax, Clarinet and strings. That makes this an album to enjoy even more then the original Lamb.
Hail for the people that worked on this and are not always in the spotlights !!

In total agreement with what Rob wrote in his review, I find that there is few to add here.

There are two major paths for defining my feelings upon listening to this recreation of the Genesis classic masterpiece The Lamb lies down on Broadway:
The first relates to the fact that I had almost forgotten how good and how important is and has been the original recording. Listening to this new release has made me urge to go back to the original recording and listening to it from start to end perhaps more times than I had listened to it in the last, lets say, 20 years. And it happened like this not only because the Nick D’Virgilio & Friends version is a spectacular one, but because the original is a real mark in musical history in general and prog rock history in particular.
So this release has reborn my love for the original album and its brilliance.

On the other hand I find that I really love this new version because it is not only complimentary to the original but also because, contrary to the crushing majority of version albums, it really brings pleasurable added value to the original.
Nick & Friends had the ability to recreate the album in its full bloom and undisputable brilliancy, being faithful to its form and content while adding it with thoughtful orchestral manoeuvres and wind parts that compliment and complement the already gorgeous and experimental sonic scenery, dressing it with some extra colors.

The necessary secret to fully enjoy this recreation of The Lamb Lies Down on Broadway is to not be tempted into making comparisons. Instead, try to appreciate the album as the result of true love for the original. Anyway, this is perhaps the best recreation of an album that I’ve ever heard, along with “Back Against the Wall”. 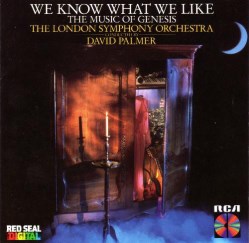 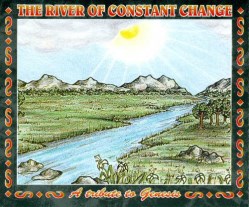 1995 - The River Of Constant Change - A Genesis Tribute 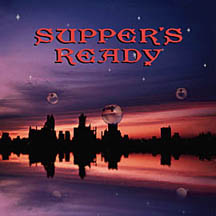 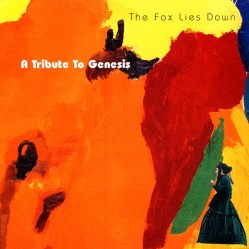 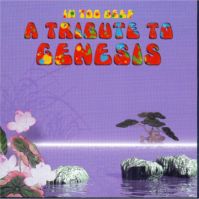 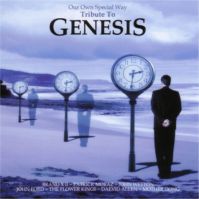 2008 - Rewiring Genesis: A Tribute to The Lamb Lies Down On Broadway 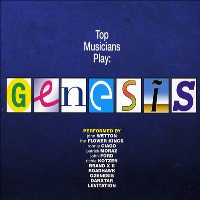 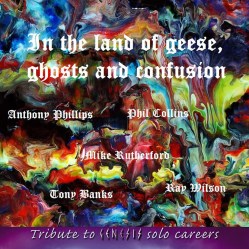 2014 - In the Land of Geese, Ghosts and Confusion: Tribute to Genesis Solo Careers