a Studio release
by Marco Sfogli 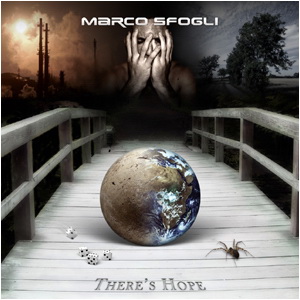 Marco Sfogli may not have that "household" name that some of the bigger names enjoy, but he is most certainly a guitarist to keep an ear open for. He had the position of being the main guitarist for Dream Theater vocalist - James LaBrie's most recent solo venture called - Elements of Persuasion he also guests on keyboard sensation - Alex Argento's fantastic solo album EGO, and does some great work there also. It was on LaBrie's recording that I was taken in by his expressive playing, he showed not only a rare gift of tasteful phrasing, but he also was able to convey his own signature sound, one that always left me wanting to hear more. Well through the duration of that LaBrie cd, he was able to show enough to the unsuspecting public that perhaps Mr. Petrucci might have to watch his back. Kidding aside, After hearing of Lion Music's scheduling to release Marco's first solo cd had me pretty psyched up. I was going to now be able to hear him as the featured performer, and he packed the studio with quite an array of interesting guests to bring his music to life.

There's Hope is a great introduction to this standout musician, he shows through each song a different side of his influences and inspirations. Marco is the kind of guitarist that plays the notes you want to hear without the mindless filler, he is very expressive with a keen sense for melody, all while displaying deft fretboard artistry that is hard to find these days. He seems to possess the greater nuances of so many great guitarists out there, his melodic sense seems to come from the Satriani school, he also has a complexity to his note selection on faster songs in line with Petrucci, I also hear a bit of Marcel Coenen of Lemur Voice/Sun Caged in his soloing, but you have to say, Marco Sfogli is not a cookie cutter guitarist, he has his own thing happening, and more people are going to know about him soon enough.

I like how this Marco allows some of the keyboard work to compliment his playing, both Alex Argento and Matt Guillory are tasteful players that give each moment that they grace a nice breath of fresh air alongside Marco's emphatic guitar playing. This cd is such an easy listen, and one that seems over far too quickly. Now that I have taken the time to fully take in this body of work, I can say that Marco Sfogli lives up to his steady growing reputation quite well, I hope to hear him on yet another James LaBrie cd soon, but more so, I would like to hear him continue to involve himself in the realm of the music I am hearing on this cd. 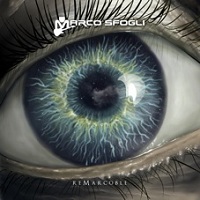 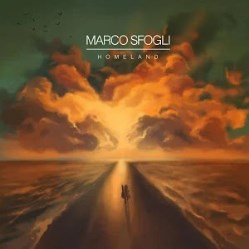