The Dream of Cecilia

a Studio release
by Progression 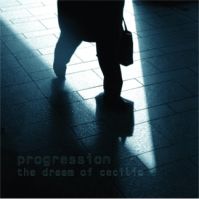 PR()-0110
All songs were recorded live in studio except for a few solos and melodies which were added later on.

Again we are treated to a band that started back in the golden era of jazz/rock, during the mid - 1970's in Finland, while the band didn't do any recordings, somehow through time and inspiration, they were able o regroup, find some new members, and revive the inspirations to create their first studio recording here in the modern era. The band comes together with a very talented core of musicians, each coming from similar fusion backgrounds, having been inspired by all the greats, while reading the bands individual bio's, you will see such artists as: John McLaughlin and Mahavishnu Orchestra, Keyboardist - Chick Corea and Return To Forever, Al DiMeola as well as Swedish groups such as Kornet, Egba, Made In Sweden and Wasa Express, along with Finnish artists like Jukka Tolonen. In looking at this listing of inspirations, one can guess what this band is presenting the prospective listener.

Fusion music, Yes, this band plays that good old blend of jazz and rock, and their choice of band names is quite fitting, as you can expect as much Progression happening with this group, as you can expect stellar playing. Progression uses two guitarists, a keyboardist that doubles on the viola to great effect, and the usual bass, drums, percussion rhythm ensemble. One thing I can say in having listened to this cd over and over, is that while the members if Progression are fans of the greats, they manage to come across with a personality apart from being mere followers of the style, perhaps having such a long history behind them shows that maturity that is rare for newer fusion bands. There music can be both raw and refined at the same time, showing the same kind of sincerity that we all love about the early pioneers of the jazz/rock movement.

Progression's two guitarists have distinctly different voices, making it a complimentary arrangement to the band, each player's sound offsets the others providing a bit more of a tonal and melodic variance, having these diverse voices also pair nicely with the great viola and keyboard playing of Jussi-Natti Haavisto, who really gets a lot of space, interesting to hear the more bold sounding viola used in the same way other fusion bands used the violin, it does have a ballsier sound, and he really plays well. Many of the songs have a bit of a JLP, meets Mahavishnu meets Didier Lockwood feel, although again I must state that Progression merits their own sound quite amicably.

This cd has a bit of a live feel to it, as it was recorded live in the studio, with some solos being added later. Considering this, I guess that is why I hear the rawness and sincerity of the music. This is an interesting band needless to say, with a dedicated fusion sound. I hope the band can feed off of the music from this cd and work on some new material, as they really have a good vibe about them. 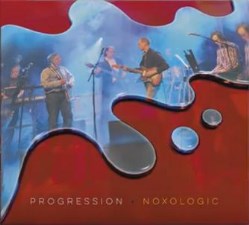