An Evening Of Yes Music Plus [VHS/DVD]

a Live Video release
by Anderson-Bruford-Wakeman-Howe 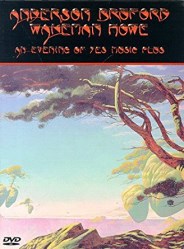 Initial release on VHS by Griffin Music (GVAB-108)
Reissued on DVD in 2007 by MVDVisual
Originally released on VHS tape in 1994, this concert video captures the band on the American leg of their 1989 world tour.
The MVD reissues comes with the original Roger Dean artwork, a DVD photo booklet, and new sleeve notes.

In the eighties, under the influence of Trevor Rabin, Yes became a (very good) pop rock band. So for me it was a great delight when they decided to reform what I considered to be their all time best lineup with Jon Anderson on vocals, Steve Howe on guitars, Rick Wakeman on keyboards and the great Bill Bruford on drums. Only Chris Squire on bass would be missing from the group, but Tony Levin/Jeff Berlin would certainly be a more than competent replacement.

This group, under the name of A-B-W-H because of legal considerations, would put out one very good (if not as good as the classic seventies Yes albums) cd and do a tour that, for reasons I can't remember, I would miss and regret not attending.

An Evening Of Yes Music Plus is a video of one of the shows from that tour. After starting nicely but slowly (and perhaps a bit strangely) with some "solo" music by Anderson, Wakeman and Howe, the show really gets up a notch when the classic Yes material is played, with a few of the A-B-W-H pieces spinkled in. The performance is great all around and the concert is very well filmed and recorded. In my opinion this is the last great tour by this group of musicians. The "Union" tour that followed was almost a fiasco and subsequent incantations of Yes would never attain the level they once had, even though they made a few valliant attempts.

Considering the setlist, the musicians' performances, the video and audio quality I consider An Evening Of Yes Music Plus to be the ultimate Yes video document. My highest recommendation indeed!!!

At the point that Chris Squire and Alan White where on tour with Conspiracy the remaining members where not able the tour as the band YES.
The Anderson - Bruford - Wakeman - Howe band was born. Releasing one studio album they toured in 1989 and made a 2 CD live recording album and from the same tour this DVD/Video

Concert recording opens with a fully in white dressed (very 80-s style) Jon Anderson walking down the steps of the stadium waving and shaking hands like a young God.
His Holyness opens the concert with a acoustic medley with Julian Colbeck on keyboards and Milton McDonald on accoustic guitar and vocals (Time and a Word / Owner of a Lonely Heart / Teakbois).
Steve Howe enters the stage with his accoustic solo work (The Clap and mood for a Day).
Rick Wakeman is next in line to show his solo work with: Gone but not Forgotten / Catherine Parr/ Merlin the Magician.
Opening Long distant Roundabout the fourth YES member Is introduced on tamborine and demonstrating the SIMONS drum set. Bill Bruford is a longtime pionier in electronic drumkits. Only snare and cymbals are traditional settings.

The –YES- concert is on it’s way. To the four YES heroes Julian Colbeck and Milton McDonald are supporting with backing vocals to Howe and Anderson and playing keyboards and guitars. Jef Berlin is the bass- and keyboardplayer who is standing in the dark but is doing a great job.
The result is a memberable concert with Wakeman, Howe and Anderson in an enthousiastic and chearfull mood. A collectors item for YES-fans 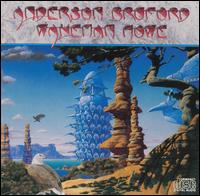 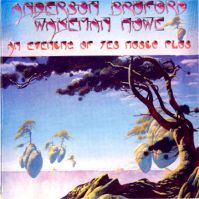 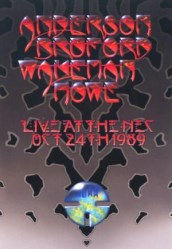 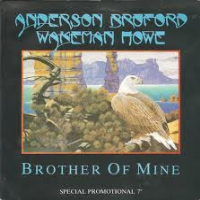 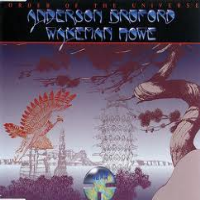 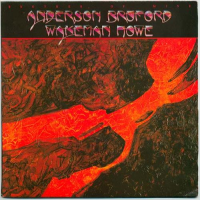