The Infinite Wonders Of Creation

a Studio release
by Luca Turilli 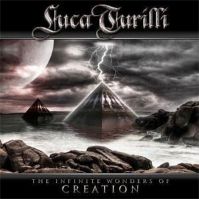 Luca Turilli is usually heard playing guitars with Rhapsody (now Rhapsody of Fire), within his own band he also plays keys. He is joined by Sasha Paeth who also has connections with Shamaan and Kamelot in addition to Rhapsody. Sasha both plays and co-produces.

This is not a heavy (prog) metal album and some may categorise it as symphonic neo. After some listens I agree with the classification shown on this site. There are Rhapsody influences on the album, as is to be expected and one track (Attitudes) wouldn't be out of place on a Rhapsody album. However, in my opinion, that is as far as the influences go.

The album has both male and female singers who are joined by a choir (listed as guests on the sleeve notes). Both singers are more than capable and there are some good duets but both also take the lead. Bridget Fogle probably has the majority of presence on the album but not by a great deal.

The album consists of small tracks (all less than 10 minutes). However, Luca still manages to create two notable epics, albeit short ones: Pyramids and Stargates and the title track. These tracks are the highlights of the album for me, both have predominant choral sections together with good compositions and some amazing build-ups. Another notable track Mother Nature which heavier and more guitar focused than most, to my ears at least.

I can say with some certainty that this album will be in my top 2006 list. 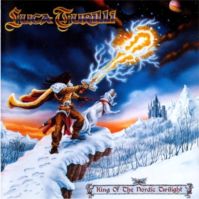 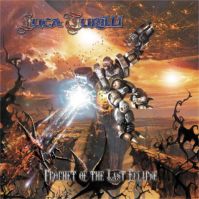 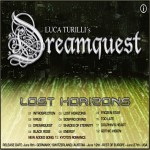 2006 - The Infinite Wonders Of Creation