A Room of Fairy Queen's

a Studio release
by Narrow Pass 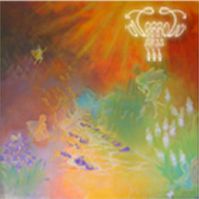 Narrowpass is the guitarist Marco Montobbio, a member from Eris Pluvia, an Italian progressive band which released a masterpiece ten years ago. He contacted two other ex members, Edmondo Romano and Valeria Caucino; then he recruited Alessandro Corvaglia (the singer of La Maschera di Cera), a few other musicians and he gave light to this debut album. It gathers some of the best traits of the Italian progressive rock. All those who like Eris Pluvia and La Maschera di Cera will love this album. It's the typical (good) Italian progressive album: a fine balance between the grace of melodic, symphonic tunes and the complexity of music. Caucino's superb vocals are, in this albums, like the finest gem in a nice looking necklace. It's just a pity she doesn't feature in all the songs. The good news is that Montobbio is already working on the second album, which promises to be more mature and even better than this one.

Ahhh, good old Italian sympho!!
Having been involved in Eris Pluvia, Mauro Montobbio is finally back to the spotlight, this time around with a more personal project to which he has invited some excellent musicians, some of them with a name in the current prog scene, like vocalist Alessandro Corvaglia from the outstanding La Maschera di Cera or Edmondo Romano (also from Eris Pluvia) on winds. The other invited vocalist: Valeria Caucino is a great discoverie indeed, and I really hope she will be appearing on progressive albums from now on.

Though I find that the album should be sung in Italian, which would better fit the music, the very very slight accent is not at all compromising the singing, due to the fact both singers are simply great.
The music on A Room of Fairy Queen’s does justice to the long and fruitful history of Italian Symphonic Prog, as it is filled with melody and sensivity, well architected and even better played. The music sounds very light and sumptuous, even if sometimes gets more complex.
The deep symphonic feel is sometimes transposed into more neo-progressive grounds, but most of the time the strong connections to the 70’s purest sympho paths is respected and homaged.
The incorporation of Spanish guitar tendencies in the opening track, Camelesque flute and melodies in the tittle track, Genesian singing on the third song, the sensitive bagpipes on the fourth, and other notable instrumentations and reminiscences serve to enrich the album, contrary to sound like dejà-vu.
Overall, this album is yet another great example that Italy keeps on delivering true symphonic progressive albums that, therefore, continue to wonder and keep happy the many fans of this style…like me, for instance.
The merging of vintage architectures with more modern soundings is excellently achieved here.

This album must be recommended to all who like good Italian school sympho. Those who identify themselves with these tastes will do no wrong in getting this album. 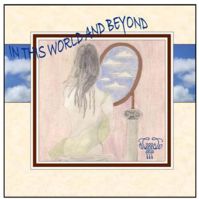 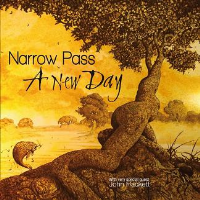