a Studio release
by Agora 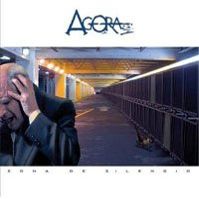 I am now convinced that no country or continent contains the best or most talented musicians. In fact, there are times where my own stigmas of certain areas of the world being still unaffected or influenced by progressive music whatsoever, are turned upsidedown. One such area of the the world was indeed Mexico, a country rich in traditions and seemingly remote enough to be non factors in the progressive music movement. Sure there were a few bands, Cast, Banda Elastica(both progrock bands), and a few others, yet I had no idea that the progressive metal genre, ie: Dream Theater styled vibe had made it's impressions on this area of the world, and here in 2005/06, I have been impressed upon by Mexico's fine up and coming talent. Agora are the most recent entrant to the Mexican progressive metal scene, at least to my knowledge, I had already been impressed with bands like Delta de Dirac, Dimension and Tocatta, and now with Agora, I am again truely impressed not only with the level of talent in this band, but the sincerity of the music itself.

Here we have a band that has no interest, so it seems, in gaining approval of a global audience, as they have opted to sing their lyrics in Spanish. They have a great vocalist, and well-rounded musicians that appear to have been trained and influenced by much more than progressive metal, or progressive music in general. With that in mind, this cd is a great example of a band staying true to their roots, while striving for excellence through a demanding musical genre. They can be technical with the very best bands, and romantically inspired by their Latin traditional musics. 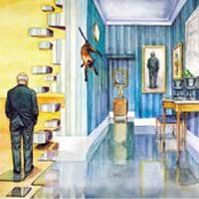