a Studio release
by John Petrucci 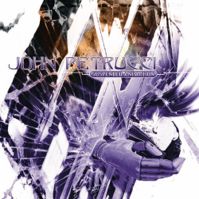 This cd was years in the making, probably more so due to Petrucci's business as a musician in a touring band than anything else, yet all sidetracks apart, he finally gets a chance to release a true solo cd. And in anticipation, I was not sure what to expect from a guitarist that has seemingly carved a niche for himself as one of todays more innovative and inspirational musicians.

Petrucci, a leading force with his band Dream Theater, has also found himself dabbling in other musics outside of his progressive metal confines in DT, he toured with a great band for the well known G3 gig. He also released a very classically inspired cd with his current bandmate - Jordan Rudess, which was a surprisingly ecclectic mix of mostly acoustical moments in a duet setting of guitar and keyboards. And of course he was involved with the LTE cds, which were excursions into prog/fusion territories. Yet on this cd, I am hearing more of what John Petrucci is inspired by, more so that a culmination of his various backgrounds in recorded music.

I hear a lot of Steve Morse's influence in Johns' writing and playing on this cd, as well as players like Vinnie Moore, Vai, etc. The music is far less fusion or prog oriented than anything he has done, but more geared towards the solo virtuoso guitar format. And perhaps that is the way I should have expected this music to go, Petrucci is and has always been a shredder at heart, and one that has distinguished himself along side the best in th business, hence the invite to the G3 tour. His die hard fans would have expected nothing less than a cd chock full of his technically proficient playing. So is this cd merely what could otherwise be instrumental interludes from a Dream Theater cd not yet written? The answer is yes and no, there are times that you would get that idea that John is soloing in front of another Portnoy/Myung dynamic backbeat. But those moments are few and in between.

So in the end, John Petrucci has released his version of a guitar/shred affair, one that would have been a nice addition to the Shrapnel catalogue, and amoung the better ones at that. There is no arguing that Petrucci has great command of his instrument, and his tone is always great. His songwriting here provides enough progressive elements to keep the listeners interest, yet this is a guitar fans cd first, and a prog/fusion lovers cd second.

Joining John on this cd are drummer - Dave DiCenso, Bassist - Dave LaRue, who both are Petrucci's musical peers, and each give the music the necessary lift that sets the tone for Petrucci's crafty parts. While this cd is not everything I expected it to be, it does not disappoint, and my feelings are that we have only begun to hear John Petrucci the solo artist. 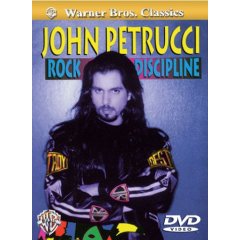