a Studio release
by Hamadryad 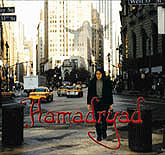 My fellows in the Portuguese prog mailing list brought Hamadryad’s name to me. The next day I had their Cd in my grasp so I took it right away (the references were very good).
This is not a very easy to like CD, at least in the first listen…despite that, there are things that immediately stick to your musical conscience: for instance, the oriental oriented guitar solo in the second song, or the vocalization in the final minutes of the same music, which reminds me of IQ’s “Ever”; and the guitar solos in general, throughout the whole album…
These were things that led me to listen to it again, and the second time it really begins growing on you…
If Amora Demonis has those elements that I mentioned above, Carved in Rust is a vocal play that will remind you of Gentle Giant or Spocks Beard. This song, plus the next three are parts that make a whole song. The vocals are excellent here and the music flows with very good drums and bass setting the rhythm while guitar moves around creating a half-heavy atmosphere. The structure is very inventive and well conducted by all band members. A real treat in modern progressive music, with 70’s vintage leanings.
Shades of Blue is a more calm song, but the guitar and bass play have a texture close to the more melodical parts of Cynic’s adventure Focus, although in different style.
…Action! starts with an intricate interplay between drums and guitar, the vocals in the first half of the music are weaker but the musicality compensates that flaw and the vocals get better and better while progressing to the end. The guitar work is awesome.
Hamadryad is always playing in the threshold of Progressive Metal without ever setting both feet inside. This is easily proved when listening to the second half of …Action!.
Nameless bring us more IQ stylized vocalization and some passages may remind you of Twelfth Night and others that Yes can be recall.
Second Coming it’s the most acoustic song in the album, the vocal style is similar to Jon Anderson and this is the easiest to like music.
Watercourse Hymn is another fine example of progressive stuff that will assure you that these guys have fully understood the meaning of Prog Music and they are prooving it in the most infinite corners of this album.
If I would use one sentence to define the album, I should say something like “Yes flirting with Progressive Metal” but I prefer using more sentences for this is not a one phrase album…you can spend a lot of them.
No doubt that this is one of the albums of the year. Canada must be proud of its Progressive Bands, for they are giving us terrific music…

I, like Nuno, am finding this an interesting new band, not to sure about the Yes comparisons, but they sure have a good sound, and the guitarist has a great style for this music, It's a sort of Yes meets DreamTheater sound, very different but excellent. I hope this band continues in this same style, it really is a unique and powerful sound. 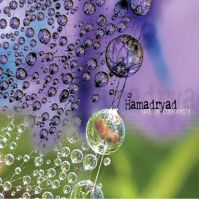 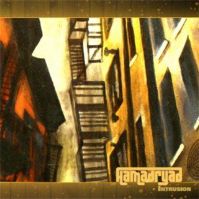 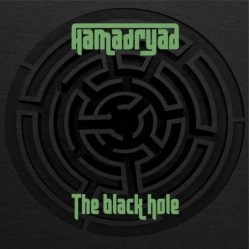 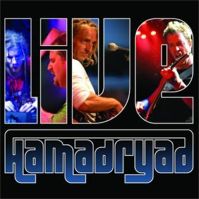