These Fragments I Have Shored against my Ruins

a Studio release
by Hermetic Science

With their last album, These Fragments I Have Shored Against My Ruins, Hermetic Science has offered us a complete, artistic and enjoyable musical artifact. Like their previous opus, this album is more acoustic than electronic. They venture in a musical realm not thread enough by contemporary progressive rock musicians. In a sense, it is not a commercial minded album, but it is before all a precious gem. This instrumental CD is sailing on the imagination high seas. Join the vision and let yourself be transported by this marvelous musical alchemy on a voyage you'll never regret.

First of all, the superb jacket covers by Paul Whitehead, famous for his collaborations with the record company Charisma, for which he created the surreal jacket covers of Genesis (Trespass, Foxtrot, and Nursery Crime), Van der Graaf Generator (Pawn Hearts), Peter Hammill and many others, mesmerized my eyes. Hermetic Science has chosen a truly fantastic and inspiring landscape. We see a world floating near a star in a gigantic ocean. That immediately creates an eagerness to listen (for me), but is also interesting in itself.

Second, the title of the album is from a line taken from the poem of T.S. Eliot What The Thunder Said from his famous work The Waste Land. Eliot was in a trouble part of his life when he wrote it. It was also just after WWI. Are there dire events occurring recently in the live of M. Macan who have stimulated his creativity? I honestly don't know, but the results of his effort are shining brightly. Poetic ties can be made and a dialogue establish between Eliot text and Macan music.

Third, and most important for our ears and mind, the subtle construction of their music has achieved a maturity and a quality that raised it far above their previous work. Maybe it's because I am more familiar with their work, but I found this project more accessible and touching. There is a tension in the music, a power better sown with emotion than was previously the case. This is also an occasion to follow the ongoing love story between classical music and rock blending superbly to achieve greatness. I have only one small reservation; I would have loved more of it! It passes too quickly.

De Profundis (from the depth) are the first Latin word of Psalm 129/130 in the Bible which have inspired many artists (for instance, Arvo Part in music). Here, the music emerging from the depth seems inspired mostly by classical music with blessing by ELP. The piano is exquisite, the bass works marvel and the percussions contribute aptly to the ambiance. It is a fairly long piece (10:08) with many interesting twist. This composition is really moving me and I love the way it is unfolding. It is a great piece to begin this amazing album.

Voyage made me briefly think of early Gentle Giant. It is a fun beat which render well the motion of a voyage. The keys are varied (we ear synths!) and are adding color to this track.

Triptych is a beautiful show of the mallet instruments on a near epic length track. It is a tune which, as the previous one, made me think of GG, in this case Three Friends. Don't get me wrong, this is original stuff, the reference is only to better situate this music in general and the percussions and mallet work in particular, others bands could have been named (Gong or Maneige). Anyway, it is a most interesting tune which is true to its name, since we can recognize three main parts. It is at the same time quiet and terribly catchy.

Melancholia I is a great piano piece. The play is forceful, even aggressive at times. It seems to spring from intense emotions. It is very good.

Aion, as a composition, is in a sense nearer the current trend in progressive rock, even though HS is using profusely mallet instruments on it. This piece is really flying. It is another great success of this CD. The quiet ending is angelical.

Melancholia II seems a continuity of Aion and its aerial ending.

The Second Coming is supposed to happen after the end of time! Lets hope they are talking of another kind of second coming. For Whom The Bells Tolls? I hope its not for humankind. Enough of my babbling, this track is a glorious ending to this excellent project; perhaps my favourite on the CD and very near ELP work.

These Fragments I Have Shored Against My Ruins is on my list of ten best CDs of the year 2008. Therefore, it is no surprise that I recommended it strongly. Leave your habitual comfort zone and try this truly original blend of progressive rock. You will discover a true masterpiece. 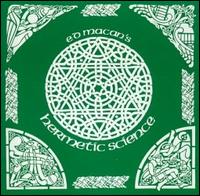 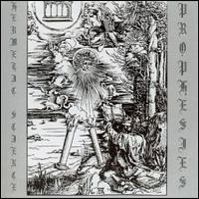 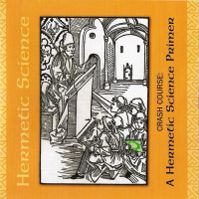 2008 - These Fragments I Have Shored against my Ruins