a Studio release
by Yesterdays 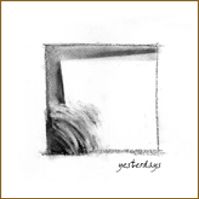 Yesterday's - Holdfénykert or Moonlit Garden, as this reviewer would prefer, has a bit of a confusing background I guess, apparently they are a band of Hungarian musicians living in Romania as Romanians, so with that said, let's stick with the easy stuff. The go by the name Yesterdays, and my guess is that name is an allusion to the impression the band Yes has on the members of the band. In any case, this appears to be true to a slight extent, but not so much that one would feel that this band is cloning, or even trying to sound even vaguely like Yes. They are a symphonic prog band, but very laid back, almost so much so, that the word 'rock' really doesn't fit their overall sound, although they are indeed progressive. One of the most unique things I discovered about the band is that they have no less than three female members performing with them, having one female in a progressive band is nearly unheard of, let alone three.

Enough on the history and bio of the band, the music this band plays creates a mellow mood, acoustical, softer tones on keyboards and guitars, fluid bass work, and multi-harmonied female vocals make up their sound, they opt to sing in their native language, as well as English. They are skilled musicians that pay homage to the great progressive rock bands of the olden days. Each song leads the band into a grand setting of symphonic music. While Yes is a nice reference, I don't hear as much of that as I do other bands like Renaissance perhaps, in that there seems to be a prominent flute, acoustic guitar, and female vocal presence.

Yesterdays clocks in at just over 54 minutes and it's a very mellow, laid back, almost dreamy cd. With me being a fan of harder, more complex prog, I found this one difficult to really get into, but I do think those that appreciate the beauty of folky, female prog would find this a great addition.

Largely and notably influenced by bands such as Yes, Genesis, Steve Hackett, Jethro Tull & Gentle Giant but also showing textures that brings us to Solaris or other Hungarian prog outfits, Holdfenykert is an album where the band is capable of showing that they not only master the ability to transpose all those references to their music, but they do it in a most personal way, adding value to the result.
This is an album that touch all the right buttons for the vintage prog lovers, as the band explores the symphonic meadows with confidence, showing an interesting interplay, a very good use of the flute (though only occasional), a very jazzy rhythmic section, an enjoyable duet of voices that, though not something special, are competent. The guitars, both electric and acoustic, are always well placed as the other instruments, showing a good understanding of the band in combining the various elements to construct a solid piece of music, filled in little details and surprises. The symphonic styling is sometimes similar to that of early Steve Hackett, but Yes references are also to be found aplenty. The more jazzy touch is majorly found from tracks 2 to 6, after which the album gets increasingly proggier in its essence.

This is a good and solid album for a relatively new band on the block, from a region that has proved to spawn tremendously good bands throughout the years, I assume that Yesterdays will be a name to reckon in the next years. 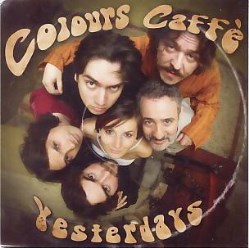 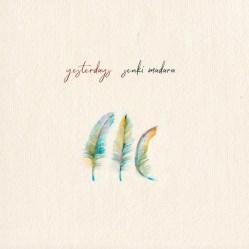 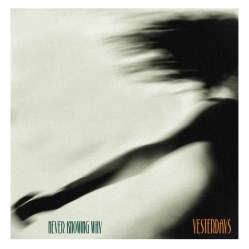