a Studio release
by Greg Rapaport 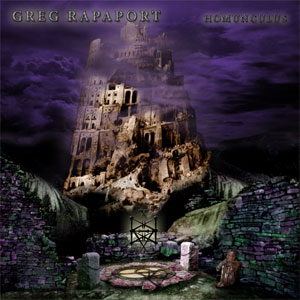 Notes from Greg Rapaport:
Homunculus is my fourth instrumental effort. I utilized some new production skills I gained over the past two years to hopefully create a clearer more punchy recording. I also focused on creating a lot of depth and cool textures to have the listener hear something new each time they listen to it. I tried to maintain a decent level of technicality in my playing without sounding like a robot. If I went for it and kind pushed it a bit too far I'd generally keep the take. I feel that its important to keep the spontaneity instead of going over it 100 times and losing the vibe. In other words no "ProTooling" was done on this recording :-).

The idea behind this album is that each song represents a facet of one's personality. I personified each song through graphic representation and style and composition. Each song is its own character that lives in one's mind and that character has its own paradoxes that I also express through the music. I prescribe to my previous principle that each song has to pull its own weight without any solos and if it didn't... well into the scrap heap it went.

Greg Rapaport now has a few cds behind him, and has maintained a dedicated pursuit of progressive instrumental music on all of them. Each successive cd shows that he also continues to hone his skills as a musician, composer and sound engineer. Greg represents the musician of the new millenium, as he proves that with the discipline, time and effort, one can create quality home brewed music from the confines of the home studio environment. His music is what could be dubbed progressive metal/ instrumental, with hints of fusion and shred added, as he himself desribes, that the rhythms tracks should stand on their own as intersting and challenging, rather than creating a vehicle for soloistic exploits, suffice it to say, that he achieves this goal, and does in fact write in a manner that stays fluctuating and adventurous.

Here on Homunclus, Greg has lifted his sound from more raw and in your face to a full depth array of sound, he has taken some new approaches to creating a sonic environment to enhance the listener's involvement, allowing for more intricasies to be heard and unveiled while taking in careful listens. For my tastes, this is how I prefer to hear heavy electric guitarists approach their music, taking account for that idea that songs are more than backdrops for shred affairs and soloing. At this day and age, we truely have heard it all before, yet in hearing what Greg has accomplished on this recent release of his, the future is wide open for this genre, his ability to create a concept for instrumental music, and finding new ways to integrate technical writing with melodies and atmosphere make this more than a guitarist s' cd.

The challenge for a musician to nix the band idea and tackle a project single handedly often ends up with mixed results, as many times continuity and sincerity are lacking, other times the end production seems to be near perfect and without a soul, often times I get that from hearing programmed drumming, midi synths, and generally over mechanized non-human performances, here on Homunculus, Greg does a nice of balancing the human with the non human, where the listener tends to focus on the songs more so than the emotive aspects of each instrument. While I will always be an advocate for real drumming, I really don't notice anything about the drum mixdown that seems plastic or cheesy.

I like this cd, it is full of interesting sound, and the idea that Greg Rapaport did this all on a Roland vs1680 - 16 track with a host of other toys impresses me even more, as I happen to have one also, and have never gotten anywhere near this quality of production from it, perhaps I can get Greg to help me figure out how he does it. Don't buy this cd if you are looking for great shred guitar playing, but DO buy it because this is highly creativem progressively inspired hard instrumental music that was done by a good guitarist, and an inspired musician. 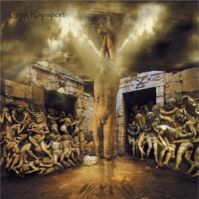 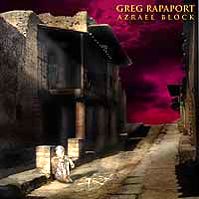