During the period between 1975 & 1976, two bands Hal, led by Yoichi Kamata, and Ring, led by Takashi Kokubo, were making proressive rock music in Tokyo.
Eventually, two other members of Hal, Naoya Takahashi and Haruhiko Tsuda, later formed the well known band called Shingetsu. Some Hal member were also later found in the bands: Asturias and others in East Wind Pot and NOA.
The band Ring had their CD The Empire Of Necromancers released in 2006 and is reviewed here on ProGGnosis.
Today, the band Hal & Ring is a combination of members of these two bands. The music of Hal and Ring is an all instrumental mix of 70's progressive rock blended with jazz-rock. 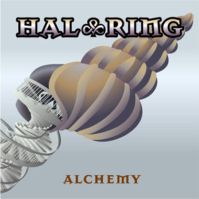