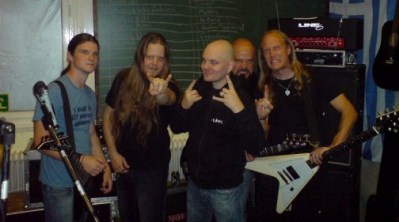 TAD MOROSE was originally formed in 1991 by Christer "Krunt" Andersson, Per-Ola "Rossi" Olsson and Dan-Erik "Danne" Eriksson. Shortly thereafter Anders "Wispen" Westlund joined. During the summer of 1992, they played various gigs in their hometown of Bollnäs, Sweden. Wispen left in late 1992, and TAD MOROSE was left without a singer, the music then took off in a different direction.

In March 1993, they entered the Wave Station Studio in Ljusne, Sweden and recorded their first and only demo tape. During those recording-sessions Danne´s friend Kristian "Krille" Andrén visited the studio, and began experimenting with lyrics and vocals. The result was so fantastic that they recorded it. Kristian was added to the line-up. Record labels, however, seemed unresponsive until mid August 1993 when Börje Forsberg, the president of Black Mark Production, heard the tape and immediately signed them.

Around the same time, keyboard player Fredrik "Frippe" Eriksson joined the band and in mid September. The debut album "Leaving The Past Behind" was recorded. Like the demo, it was recorded by mastermind Uffe Pettersson and produced by TAD MOROSE. Leif Edling of Candlemass had been sent a copy of the demo which Borivoj Krgin, of the US magazine Metal Maniacs, promptly "stole" and subsequently reviewed. Thus, bundles of overseas fan mail began pouring in.

"Leaving The Past Behind" was released on the first of November 1993 in Europe and shortly thereafter in Australia and Japan where it sold 3000 copies in a little less than a week! In Australia it reached no.13 in the Metal Labyrinth Top 20. In Germany, Rock Hard voted it Record of the Month in their November issue: "Very powerful, compact and melodic songs with a touch of progressive metal. An incredible mixture Of Metallica and Dream Theater". - Frank Albrecht of Rock Hard.

In mid summer 1994, just two weeks before TAD MOROSE was scheduled to record the second album, Danne quit the band due to personal problems and musical differences. The recordings were postponed until a suitable, replacement could be found. Fortunately, the band recruited Peter Morén, a true soul mate from a strange band called "Bedtime Circus".

So, in mid October they once again entered the Wave Station Studio to record Sender Of Thoughts. Shortly thereafter Rossi was replaced by bassist Anders "Modden" Modd, another member of the now defunct band "Bedtime Circus" leaving Christer as the only founding member. With this release, TAD MOROSE established themselves as one of the finest acts in Power Metal.

TAD MOROSE hit the road in Germany, for the Black Mark-festivals, playing with bands like CEMETARY, MORGANA LEFAY and MEMENTO MORI. The crowds hailed the band, finally to be seen in a live-situation on the continent. Mike Wead, (Mercyful Fate, Memento Mori) was so impressed with the band`s live-performances, he offered to help the guys out producing their upcoming mini-album, "Paradigma", released in fall 1995. This release offered 5 tracks, showing that the band continued to develop their skills as songwriters, and making the music they know best - melodic heavy metal with progressive stuff here and there.

Unfortunately, all was not as well as it seemed, and after the release of "Paradigma", singer Kristian Andrèn left the band to join Memento Mori. TAD MOROSE faced a creative downer in their career. No tours, no lust for songwriting, and no singer. Enter Urban Breed, this was sometime late -95, and the honey of creativeness was flowing again. The new singer brought a lot of fresh ideas into the band, and both music and lyrics have never been as strong as on the last album "A Mended Rhyme", released in 1997. The band have taken their melody lines further, without losing the heaviness in the material. Most importantly, the band has gained their best singer so far.

In August of 1998 Fredrik "Frippe" Eriksson left the band for personal reasons. Rather surprisingly, in October '98, they enroll the services of Daniel Olsson. The band is moving once again in a more aggressive direction by adding a second guitarist and placing less of an emphasis on the keyboard driven material of the past, opting for a more streamlined harder edged sound. The new material is more raw and powerful and the band has a new found drive.

Feeling unsupported by their label they negotiate and actually come to an agreement. They leave Black Mark, take a few steps back to assess the situation. Almost a year and a half after the break with Black Mark they team up with Century Media. Finally a record company who believes in the band. They decide to try a new studio located in Bollnäs so in june 2000 they enter Studio Soundcreation to record their new album "Undead". More alive than ever they present their best and most elaborate musical achievement so far. 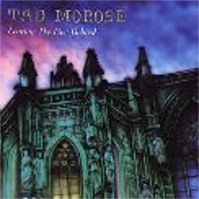 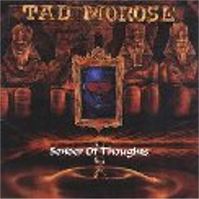 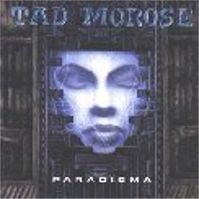 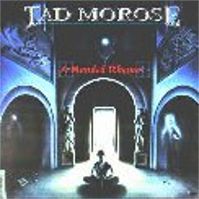 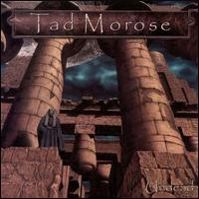 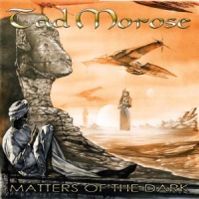 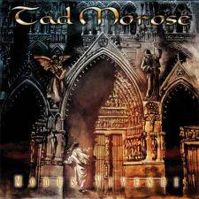 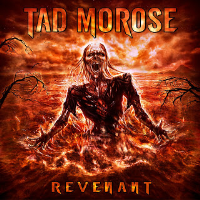 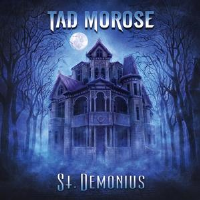 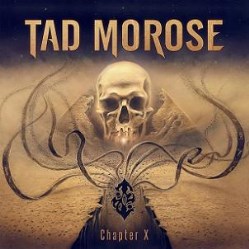