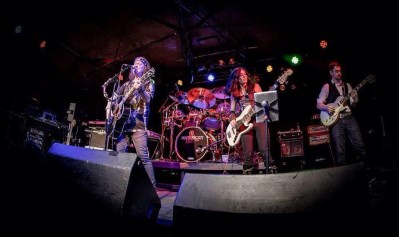 Official from the band's web site:

Multi Story are a band from the South East corner of Wales, formed in the 1980's.
In 1984, the band were invited up to the BBC Maida Vale studio in London to record a session for Tommy Vance's Radio One Rock Show. Three tracks were recorded, "Ahead Of Your Time", "I Marcus" and "The Willow And The Sun". The session was then broadcast on the show a few weeks later and has subsequently been repeated.

The band were then signed with Heavy Metal Records, featuring on their new FM label.
Liam Sternberg, who had worked on the successful debut albums for rock act Ratt and pop starlet Rachel Sweet, was chosen as producer of their debut LP. Liam's other claim to fame is, during the production of the album, one of his songs had been chosen, to be recorded by The Bangles. So, Multi Story were privileged to hear first hand, an unplugged version of what was to become one of The Bangles biggest hits, "Walk Like An Egyptian".

The debut album was recorded during February and March 1985, in Monmouth's famous Rockfield Studios. Ted Sharp, who has worked with many famous artists, engineered the recordings. The tracks that were eventually chosen to be put on the album were, "East West", "Breaking Ground" (Breaking New Ground), "Traveller" (Star Traveller), "Ahead Of Your Time", "Carrie", "Come Alive", "The Wire" (Willow & The Sun) and "Heroes" (I Marcus), with "East West" being chosen as the title for the album. After several warm up dates, the band were then put on Magnum's "On A Storyteller's Night" tour as support, which comprised of 20 dates throughout the UK. Venues on the tour included Cornwall Coliseum, Birmingham Odeon, Manchester Apollo, Edinburgh Playhouse and London's Dominion Theatre.

The tour was a big success, resulting in the band securing a headlining slot at the Marquee Club. An appearance on ITV's music programme "Rock Steady" saw the band play a storming 20 minute set in front of a very enthusiastic audience. Towards the end of 1986 the band went into Loco Studio's, with producer Kit Wolven, who had worked on Magnum's successful album "On A Storyteller's Night", to record their second album for FM records.

The second album was recorded with Gary Davies, drums and Grantley Nicholas, later of Feeder fame on vocals, following the departure of Steve and Paul from the band. Released in 1987, the tracks on the second album "Through Your Eyes" are "Hold Back The Night", "All Out Of Love", "Through Your Eyes", "Rub It Off", "Heart Of Mine", "Hot Seat", "Further Than Now", "Spirit Of Love", "Turn Me Onto". However, the album did not quite capture the reaction the debut received. The band subsequently parted company with the FM label by mutual consent but were attracting a lot of interest from other labels. Several showcases in Britain followed and a memorable festival appearance with Scottish progressive rock band Pallas, in Holland. Since then the various members of Multi Story have continued to perform live with seperate careers, including production and film projects.

Writing partners Rob Wilsher and Paul Ford got the creative juices flowing again and started casually workng on new material as a duo, with the view of maybe releasing it as an album. The material was reaching completion when Rob met with brothers Jordan Neale and Aedan Neale on another music project, which sparked the idea of re-working the material to accomodate a full band and fire the Multi Story machine back into life with a new line up.

Work then started on the material for the al 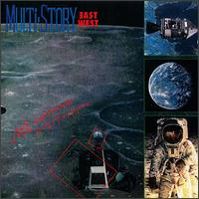 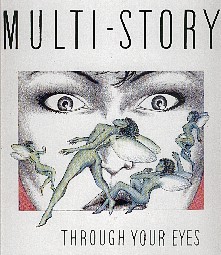 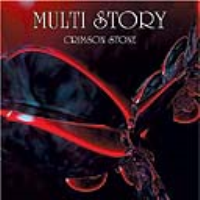 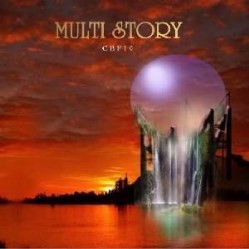 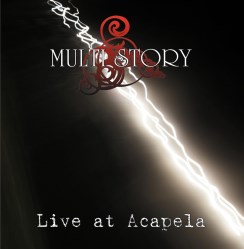