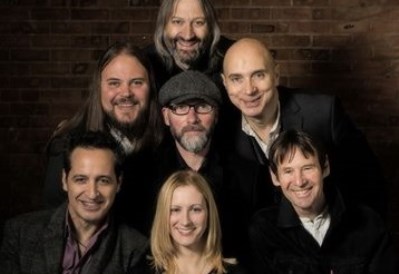 Big Big Train started off in 1990 as a songwriting collective.

The roots of Big Big Train go back to 1981 in Birmingham, England, when Greg's brother Nigel Spawton joined with Ed Serafinas, Pete McDonald, Steve Lugg and Tim McCarty in the punk outfit known as Big Big Train. Later in the 80's Andy Poole formed a songwriting partnership in Bournemouth, England, with his childhood friend, Ian Cooper. At around the same time, Greg Spawton had also formed his first band, Equus. Equus played a few local gigs around the Birmingham area before splitting up when Spawton went to university in 1984. Meanwhile, Poole and Cooper's band, Archshine, recorded a few demos and occasionally emerged from their home studio to play some gigs.

In 1987, Spawton moved down to Bournemouth. Shortly afterwards, he met Poole and they discovered that they shared a mutual appreciation of Genesis, Van der Graaf Generator and other progressive bands. In particular, they were both fans of a then relatively obscure band called IQ. Indeed, Poole had spent some time as a roadie for The Lens and IQ.

In the late 1980s, they decided to record some demos together. After a few months, the very first Big Big Train songs emerged and in 1990, Arcshine ceased to exist, and Big Big Train was founded, initially consisting of the duo of Spawton (guitar) and Poole (bass). The following year saw the recruitment of Cooper (keyboards), Steve Hughes (drums), and Martin Read (vocals).

The band's earliest songs were released on a demo tape in October 1991, and the band's first demo album, From the River to the Sea, was released in May 1992. During this time, the band continued to perform live dates, gradually playing to larger crowds in higher profile venues.

In January 1993 the band released their second demo album, The Infant Hercules, and then followed up six months later with their debut full-length album Goodbye to the Age of Steam. The album was recorded over the course of two weeks in July 1993. Not long after the recording sessions were completed, the band were signed to the progressive rock label, Giant Electric Pea.

The response to the album was very positive, culminating in a licensing deal in Japan where the CD was re-released in 1995, with the traditional bonus track. In the meantime, Ian Cooper had left the band (for family rather than musical reasons) and due to this the band ceased touring and started looking for his replacement. In the meantime, they started work on their next album, with Spawton filling the role of keyboard player. Eventually, Tony Müller was recruited as keyboard player in early 1995 during the recording of the new album.

Some of the new songs were debuted live at The Astoria, London, the only live show the band performed during this period. English Boy Wonders was finally released in autumn 1997, although to a much less positive reaction than Age Of Steam. At this stage, after a less than pleasurable recording experience, a poorly received second album, and with a record label which had stopped returning calls, it appeared that the band had run its course.

Steve Hughes left the band in September 1998 and went on to join The Enid. He was replaced, briefly, by Pete Hibbit. After a few more live performances, the band's momentum was all but spent and Spawton and Poole retreated back to their studio to work on the next album. Events had turned full circle; Poole and Spawton, with no particular goal in mind and without a band line-up, slowly began work on some demos, more out of habit than anything else.

As the demos began to take shape, Greg and Andy called in the other band members as-and-when they were required. In February 2002, after three years of irregular writing and recording, Bard was released. Bard received some excellent reviews. The lineup of the band during the recording Bard consisted of Spawton, Poole, Read, Müller, the returning Cooper, and drummer Phil Hogg. Around the time of the album's release, The Enid became inactive, and Steve Hughes returned to Big Big Train to replace the departing Hogg.

In 2003, Müller and Read departed the band, and Sean Filkins was recruited to replace Read. This lineup recorded the band's next album, Gathering Speed, which was released in March 2004. This was the last album to feature Ian Cooper on keyboards.

A new album titled The Difference Machine was released in September 2007. The album featured guest appearances from future full-time member Nick D'Virgilio, and Dave Meros (both of Spock's Beard), as well as Pete Trewavas of Marillion. In 2008, BBT appeared on the Classic Rock Magazine CD for issue 112, with the song Summer's Lease, which is also found on The Difference Machine.

On BBT's blog, it was announced that they would be re-releasing English Boy Wonders. They partially re-recorded the album, as well as re-mixing it.

Both Hughes and Filkins left the band in February 2009, and were replaced by then-Spock's Beard drummer Nick D'Virgilio and vocalist David Longdon respectively.

The Underfall Yard received significant critical acclaim and the 23 minute title track was featured as Classic Rock's Track of the Day.

The band's first album, Goodbye to the Age of Steam, was remixed  the original 2 inch, 24 track master tapes from January to July 2010 by Rob Aubrey and Andy Poole. No new parts were added although some keyboard sounds were replaced. The original artwork was also replaced with new images by Jim Trainer inspired by the lyrical themes of the album, which was released in April 2011 in a digipack format. The album includes three additional tracks. Far Distant Thing was recorded in 1992 with Rob Aubrey for a local radio station. Expecting Dragons is a new arrangement and recording of themes from both Dragon Bone Hill and Expecting Snow. Losing Your Way incorporates an instrumental section excluded from the original album version of the track.

The band created a new arrangement for Kingmaker, which they performed and recorded in June 2011. Kingmaker originally appeared on their 1992 demo album, The Infant Hercules. The new recording features the current line-up and replaced Master of Time on the Russian release of Far Skies Deep Time in a mini vinyl album format.

Big Big Train were the winners of the Breakthrough act award at the 2013 Progressive Music Awards.

At the start of 2014 Beardfish frontman Rikard Sjöblom was confirmed as a touring guitarist.[18] In August, the band convened at Real World Studios for a week to try out a live line-up that also included violinist Rachel Hall and a five-piece brass band under the directorship of trombonist Dave Desmond, who had featured on recent Big Big Train albums. The positive outcome led to the band announcing that its first live performances in seventeen years would take place in August 2015 at Kings Place in London, and that Sjöblom and Hall were now full band members for both live and studio work.Three dates were announced, selling out within days, and the gigs were voted Event Of The Year by the readers of Prog magazine. 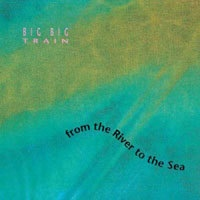 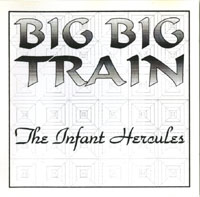 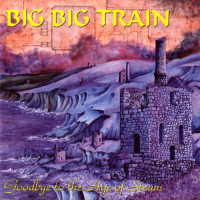 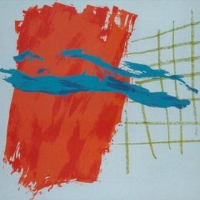 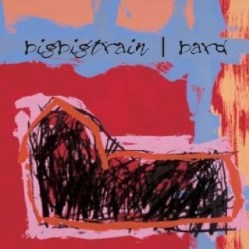 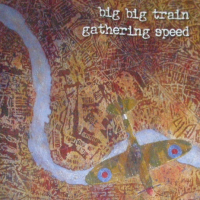 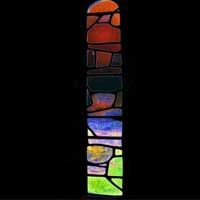 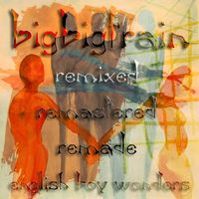 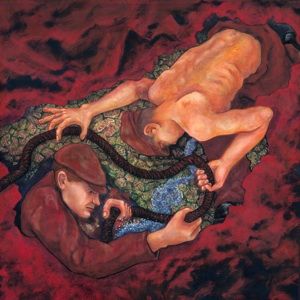 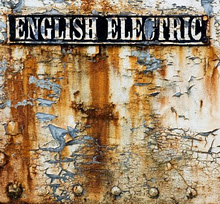 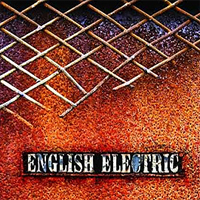 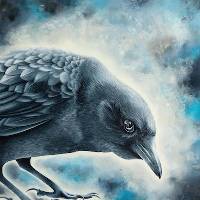 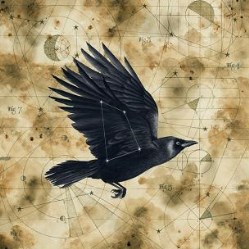 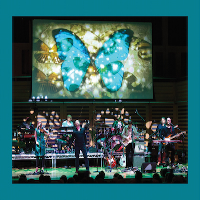 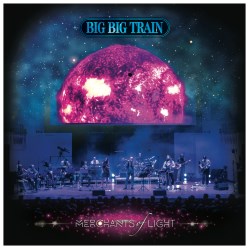 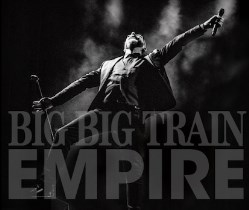 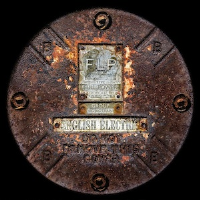 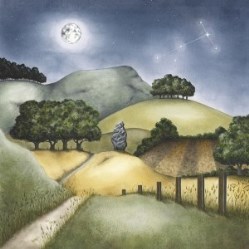 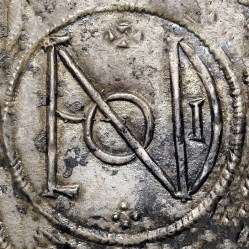 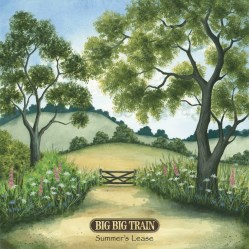 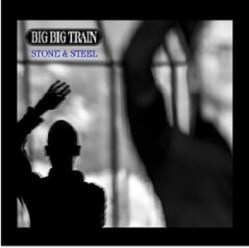 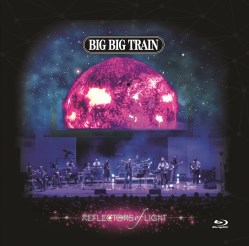 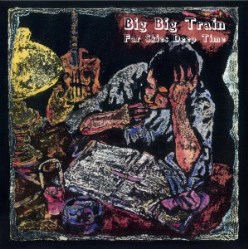 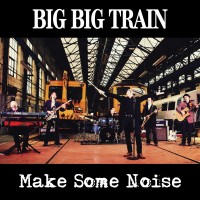 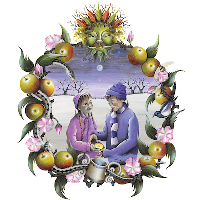 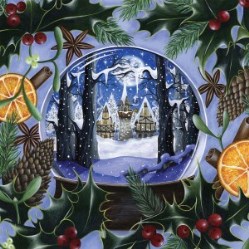 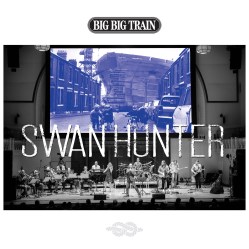