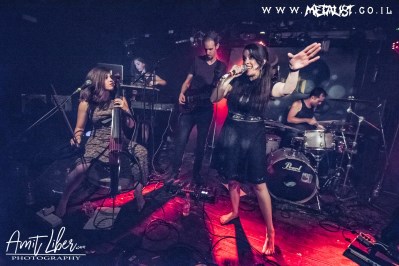 Tillian’s journey began in 2014 when singer-songwriter Leah Marcu started writing and composing a solo album around the concept of alchemical transformations of the self. Leah drew from her personal turmoils as well as her background in psychology and mysticism. She explored a cycle of inner progressions: Love to pain, pain to beauty, beauty to spirit and spirit to love. Working with producer Erez Yohanan (Orphaned Land, Amaseffer) the music began to crystallize into Tillian’s Debut album: ‘Lotus Graveyard’. The album was recorded by hand-picked musicians and mastered by Forrester Savell (Karnivool, The Butterfly Effect).

In 2017 the solo project transformed into a band of 7 members, forming an active musical clan that is as diverse as their music. As frontwoman, Leah's vocal style merges melody and storytelling. The band elevates the compositions, forming a unique sound by combining powerful drums and guitars with the soft richness of cello, keyboard and vocal harmonies.

In 2018 Tillian released two singles, with videos designed by visual artist Inbar Kassavi (Distorted Harmony, Subterranean Masquerade). ‘I’m too Close’ is a symphonic Rock ballad depicting a fundamental conflict in human relationships: the need to get close and be seen versus the fear of losing the magic of otherness and the freedom of being a stranger. In D. W. Winnicott’s words: “it is a joy to be hidden but a disaster not to be found”. ‘Black holes’ is a Progressive Metal piece from the heavier side of the album with oriental and electronic influences. It tells of a dance with an inner demon and the need to find hope through personal struggle. 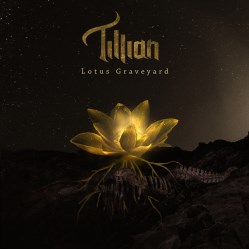