If You Like M J D (Mark Jeffrey Dye) listen to:

M J D is a solo project of Mark Jeffrey Dye from  Tennessee based progressive rock composer, MJD. Mark Jeffrey Dye's group, Elysian Fields, was formed in 1973 and released ten albums under that name. Mark has been involved with music since the age of 10. He played guitar, violin, and keyboards in various groups that he formed from 1965-1984. He also has a bachelor's degree in music composition from the University Of South Florida. In 1978 he moved to Los Angeles with his progressive rock group, Elysian Fields. After changing their name to Impulse, they released five albums on an indie label. While living in Los Angeles he became a midi and synthesis specialist for many top artists like Van Halen, Guiffria, Gino Vannelli, and even appeared on Entertainment Tonight as a technical adviser for electronic music. 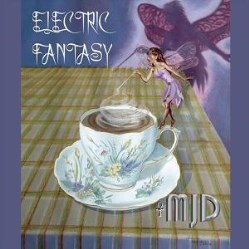