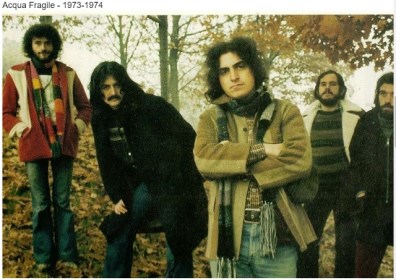 After living in the USA, Bernardo Lanzetti (Mangala Vallis and Premiata Forneria Marconi (PFM)) returned to Italy and formed Acqua Fragile in 1971 in the city of Parma.

After being spotted by the very successful PFM they were signed to Numero Uno. This line-Up recorded two albums, a self-titled debut, Aqua Fragile (1973) and Mass Media Stars (1974). Their first album was sung entirely in English which helped it to be noticed outside of Italy and contributed to their earning an opening act position during a Gentle Giant tour of Italy.

In 1974, Mori leaves the band. Joe Vescovi (The Trip, I Dik Dik) joined in his place - a notable fact since his perfomance is captured in the album Live in Emilia which was recorded in 1975 (but released in 1994).

Bernardo Lanzetti left to join PFM in 1975 and by the end of the year the group had broken up.

Franz Dondi and Joe Vescovi joined with Giampaolo Bertuzzi to form a classic-rock band called Shout! - releasing a CD in 2002. (Piero Canavara was a guest on this album)

Between 2005 and 2017, Franz Dondi continued to play material live under the name Acqua Fragile Project. The band 'officially' reformed in 2017, with original members Lanzetti, Canavera and Dondi and with a new release A New Chant. 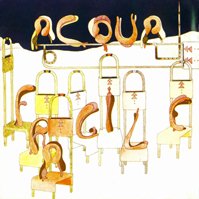 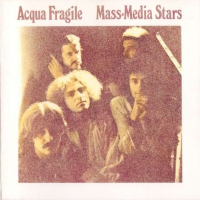 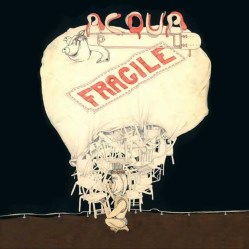 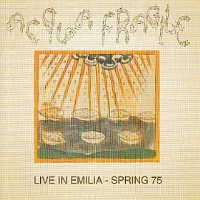