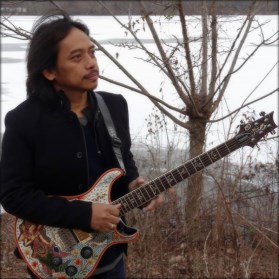 Though the Indonesian public may best know him as the guitarist of Gigi, Dewa Budjana already had an illustrious music career long before he helped co-found one of Indonesia’s most beloved pop rock bands in 1994. Born in Waikabubak, West Sumba on August 30th 1963, I Dewa Gede Budjana first fell in love with the guitar at the age of 11 after hearing construction workers play the instrument during breaks near his parents’ house in their hometown of Klungkung, Bali, which eventually prompted him to liberate some of his grandmother’s money to buy his own guitar in Denpasar. Budjana spent his formative years in Surabaya, where he absorbed an array of influences ranging from Leo Kristi and John Denver to Yes, Jeff Beck and Pat Metheny, and started his first band, Squirrel, in 1980. While other local jazz bands at the time preferred to play cover versions, Squirrel were bold enough to rely on their own compositions, and won the Best Band title at the prestigious Light Music Contest in Jakarta due to Budjana’s original piece, “Nusa Damai”.

Upon graduating high school, Budjana moved to Jakarta to hone his craft under the tutelage of Indonesian jazz legend Jack Lesmana, whose son, Indra – a close friend and frequent collaborator to this day – persuaded Budjana to become a session musician. After working with various Indonesian orchestras and stints in Spirit Band and Java Jazz (the latter with Indra Lesmana), Budjana formed Gigi with several other seasoned session musicians and has remained an ever-present member with vocalist Armand Maulana through the band’s many ups and downs and personnel changes. Today, Gigi is one of the most prolific bands in Indonesian history, with 24 releases to their name and constant demand for their exciting live shows that showcase Gigi’s expansive repertoire of hits, many of which were co-written by Budjana.

Despite Gigi’s hectic schedule, Budjana has still managed to devote time to his solo career, showcasing his flair for melding progressive rock and traditional music. 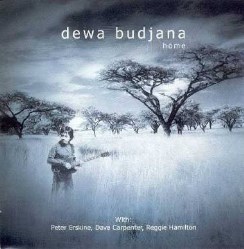 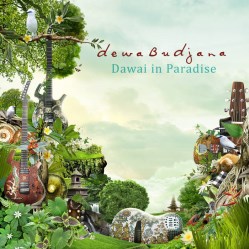 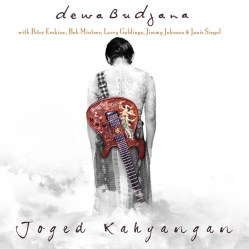 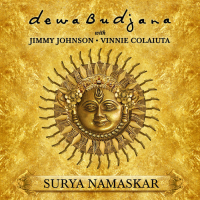 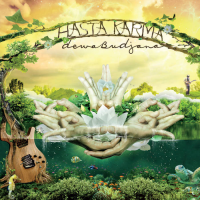 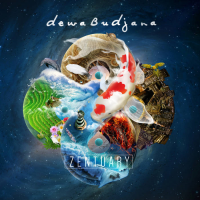 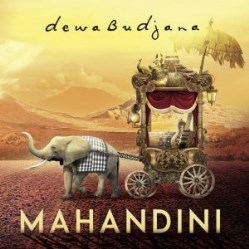 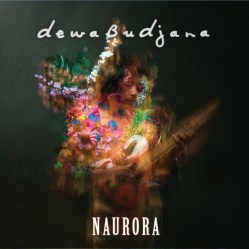 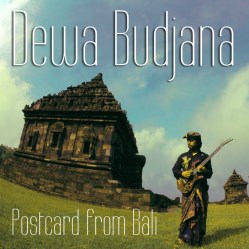