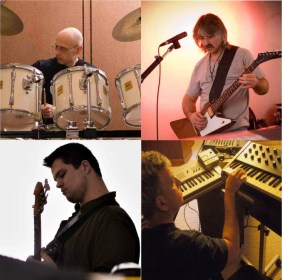 Falling Edge had its beginnings in 2004, with original members Kevin Tetreault (drums, vocals), Chris Rupert (guitar, vocals), and Don McClellan (bass, vocals), although we weren't Falling Edge yet. The next year saw the addition of keyboard player and vocalist Tim Bork, and it wasn't long after that that the idea of committing some of our originals to a CD was tossed around. We began working on the original material in earnest, ironing out timing details, arguing about arrangements, and the like. Recording started late in the summer of 2007, and by the following January a good chunk of Social Engineering was done.

Unfortunately, it was around this time that Don had to leave the band, which left us scrambling for a bass player to continue work on the album. This proved much more difficult than we anticipated, and, several months and several bass players later, our inability to secure a bass player became kind of a running joke among the remaining members. Not a very funny one, mind you. The problem wasn't so much one of finding someone as it was finding someone who could commit to a project of this scope. By the time we located someone who was interested, let them work on the songs for a bit, then rehearsed for several weeks, 2 or 3 months would go by. Multiply this scenario by several different bassists, and it isn't hard to see how completing the album fell way behind schedule. Because Social Engineering was nearing completion, we decided to finish the recording with Chris on bass and all the vocals (Don originally sang backups). It was a bit of a drag having to drop Don's original parts, since we were all happy with his playing, but differences in tone and style made it necessary. Those original bass tracks are still kicking around somewhere, though.

Meanwhile, rehearsals continued for other tracks on the album, as did our quest for a permanent bass player. We started recording Not That Far Away since it makes use of the keyboard for bass. Not That Far Away was about 90% completed when Tim decided to call it quits. Undaunted, we decided to finish the track with Chris on keyboards. Again, because of differences in tone and style, all of Tim's parts on Not That Far Away had to be scrapped. In the meantime, Jim Walsh had joined the band on bass, so at least we were covered for bass.

Rather than repeat our bass player hunting experience, we decided to just push ahead with Chris handling keyboard duties while we looked for a new keyboard player. We pressed on with this lineup for another year or so, when, in August of 2010, Steve Kubica joined the band on keyboards. After a couple of years of rehearsals, writing, and recording, Falling Edge's debut CD was released in March 2013.

In late December 2013, bassist Jim Walsh announced his departure from the band. Given our bass player history, the remaining band members were bracing for a long and arduous audition process, but were pleasantly surprised when Matt Broadbent (who had played with the band before Jim joined) agreed to re-join Falling Edge.

The band was in rehearsals for its second album when keyboardist Steve Kubica decided to leave the band. Unfortunately, he was followed in mid 2014 by drummer Kevin Tetreault and bass player Matt Boradbent with only one track (Minstrel in the Corner) for the new album having been recorded. Believing strongly that the material he'd already written deserved an audience, guitarist Chris Rupert decided to complete the album himself. The result was the November 2015 release Convergence at Fossil Falls.

While the future of Falling Edge as a band is uncertain at present, Chris Rupert has stated that he will continue to write and record music in the style that Falling Edge fans have come to know and love. 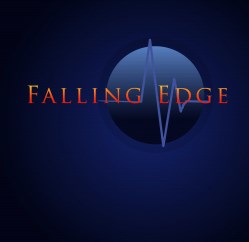 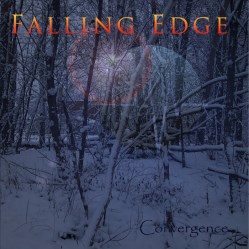 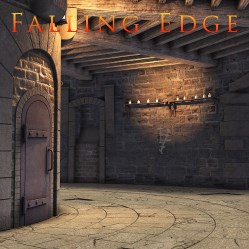