Hailing from from Venice, Italy, The Moor were formed in the summer of 2009 by vocalist/guitarist Enrico Longhin and guitarist Davide Carraro (both ex-members of Bleed In Vain). In 2010, after some early line-up changes, Riccardo Freguja (bass) and Max Lombardo (drums) were the right persons for what became The Moor’s self titled debut EP.

After the EP’s recording sessions Max Lombardo quit the band and was replaced by Alberto Businari. A further line-up change occurred in July 2011 with new bassist Massimo Cocchetto (ex Bleed In Vain) solidifying the line-up.

Since their inception, The Moor has consistently incorporated sounds from prog rock, metal, death metal (for the guitars parts), seventies and alternative influences into their compositions making for a very compelling end product; yet all the time with a metal outlook. 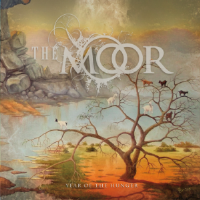