The project band SoulenginE was born in 2007, when guitarist Ettore Salati and keyboard player Fabio Mancini got in touch with bass player Nando de Luca and drummer Giacomo Pacini. In a first time, they recorded a tune called "Rain Flower" for an italian cd-compilation, and it seemed that the four guys had worked together only for this purpose... but it wasn't!

Ettore and Fabio had played for about 7 years in the band The Watch, and they shared many important experiences, like the "Vacuum Tour" which brought them to play live all over the world and in international progressive festivals, and recording the albums "Vacuum", "Live Bootleg" and "Primitive". When Ettore left the band in 2007, asked Fabio to work together on four-hands original compositions.


The two guys had so many original songs in their minds that immediately wanted to let a real band been born. The first aim was to merge all the influences they had, which crossed the borders from seventies' progressive rock to jazz, fusion, psychedelia and so on... Giacomo and Nando joined the project, and the four members started a large arrangement job, which took the most of 2008 and 2009.

Nine songs came to life, or we should better call them "tunes", because the music is mostly instrumental, and it features vocals on a couple of tracks; the production started in 2010.
The first song (called "Polheim") is already included in a cd-compilation by Colossus called Dante's Purgatorio, which features progressive bands from all over the world, and is printed and distributed by Musea Records. In 2012 the first album Mind Colours was released for Ma.Ra.Cash Records. 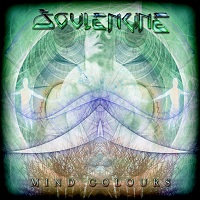